By Frank Coles, CEO of Wallem

In a few short months, the mayhem wrought by coronavirus has changed the world. Our response to the epidemic [more than the virus itself] has the potential to permanently alter the balance of the global economy. But it might be the kind of Black Swan event that we need to trigger real change in the shipping industry – and in particular its approach to digitalization of vessel operation.

Like the worldview bubbles created by social media algorithms and fake news, the maritime industry is living in its own digitalization fantasyland – one fueled by vendor delusion and media misinformation. Change is happening, but way more slowly and unevenly than is claimed.

The technology currently found onboard ships, in the operation centers run by shipmanagers and in owners’ head-offices is improvised, disconnected, and fragmented. It is a far cry from the vision described by technology leaders and faithfully repeated by the shipping press, who really do seem to reside in a virtual bubble divorced from physical reality.

There may be isolated examples where this isn’t true, but pockets of progress hardly add up to a revolution. The event, set of conditions, or imaginative genius needed to trigger groundbreaking change and bring about a real digital transformation still hasn’t arrived.

Do you think Henry Ford or Steve Jobs cared a fig what governments of their day wanted? Do you believe Bill Gates or Elon Musk worry about the groupthink that paralyses regulatory bodies? Their ideas and single-minded ambition gave birth to inventions that went on to change the world. But this change came about in spite of these institutions, not thanks to them.

This is the very essence of disruption. By definition it cannot be planned – especially not by the sort of committees that reside within the corridors of IMO and similar organizations, whose exact purpose is to control and regulate. Regulation has always lagged technology and as technology races ahead, that gap is widening.

Have you been on board a ship and seen a scrubber up close? You would be astounded by the enormous fiberglass pipes used on the outflow side and other major modifications needed to protect the hull from the system’s corrosive waste products.

From our experience so far, this stands out as one of the least rational changes to hit the industry in recent history. Without going into various economic arguments, the maintenance burden, or the flawed implementation of the regulations, it seems clear the move was neither green nor well-thought out.

There’s also the absurdity of ships carrying millions of tons of coal, oil or products extracted from the ground using large amounts of fossil fuels, running on low sulphur fuel and pumping corrosive effluents into the ocean in the name of, checks notes, ‘protecting our environment’.

Questions are now being raised about the quality of fuels available and their impact on engine performance. Yet instead of looking into and addressing these concerns, the conversation has moved on to what fuels the ships of tomorrow will use. With little pragmatic leadership coming from the charterers, oil majors, and other so-called experts, owners will be left to stumble on and pick up the pieces as best they can.

The EU is increasingly stepping up to challenge the IMO. I’m not a fan of either institution, but I welcome the fact it is taking a tougher stance in questioning the wisdom of IMO and its followers, because shipping will struggle to cope with any more regulatory farces like the ballast water management convention or global sulphur cap.

If shipping really wants to control its own agenda it needs to act differently.  Oil majors and charterers could support a green agenda by incentivizing owners to invest in green newbuilds or to modify their operating practices to reduce pollutants. Their inaction ahead of the global sulphur cap was a key factor in today’s uncertainty. Owners would then have the reassurance of a baseline level of support, instead of the insecurity and uncertainty that besets current business relationships.

It is a wonder that naval architects can design a ship today for delivery in three years with an expected service life of 20 years, amid the uncertainty relating to engine and fuel requirements and crew qualifications. It is questionable even whether there will still be a need for a ship to carry coal or oil given the mounting calls for action on fossil fuels.

As an ex-seafarer I have been saddened by the deterioration in the attitude towards, working conditions and treatment of seafarers. I honestly believe the situation has only worsened since I left the sea.

Studies suggest one-in-five seafarers have considered self-harm. About 85 seafarers die on the job every month. Of these, around five take their own lives. These are staggering statistics and ones we should be utterly ashamed of.

Our industry talks incessantly about safety, yet the figures suggest we are failing to deliver because a major part of achieving a safe ship is a crew who are happy, respected and feel supported.

Prior to taking the helm at Wallem, when I was running a technology company, I heard again and again fanatical product engineers rhapsodizing about how technology was on the verge of making crew redundant. The implication that crew no longer warrant consideration disturbed me on multiple levels. As anyone who has glimpsed into a ship engine-room or airplane flight-deck can tell you, there is a trend towards greater automation. But it’s also worth pointing out that these systems are overseen by teams of highly trained, competent operators.

The notion that unmanned vessels are just around corner seems is becoming more dubious by the day when you consider the demands on shipping for new engines, fuels and environment monitoring on the one hand, and the challenges surrounding complexity that were brought into sharp relief by the troubles with the automated flight control systems on the Boeing 737 Max on the other.

From my perspective, automated operation is a goal we could and should strive for but supported by skilled teams on board and ashore – and backed up by a clear business case. Yet with the quality and reliability of equipment on today’s ships, I am not holding my breath for this to happen anytime soon. Multiple levels of redundancy for propulsion and safety systems will be required before we can begin to contemplate removing any crew.

Until that day arrives, the industry must step up efforts to ensure that seafarers are treated with the respect they deserve. The past 12 months have seen crew imprisoned on spurious charges, cases of double pay agreements to avoid paying CBA wage levels, and owners refusing to pay for security escorts in high piracy areas. Without getting drawn into the numerous ethical questions and moral debates this raises, this is a major safety concern given the value of ships and their cargoes that are entrusted to crew.

We have so much technology at our disposal, yet its implementation is being botched at almost every stage.  Firstly, there is a disconnect between where shipowners and shipmanagers are in their modernization story and the solutions being offered by technology vendors. Many operators still run unsophisticated platforms and are yet to fully embrace technology as a means of raising operational efficiency.

Furthermore, products on the market today only provide partial solutions.  Integrating them with the rest of the ship and shore operations is, at best, a complex and arduous process. Often it is close to impossible.

Proper optimization requires up-to-the-minute accurate data from an array of machinery and navigation systems, which can be interpolated against a vessel’s past voyages in order to improve future ones. Good luck to anyone searching for such a solution, for the right price, with buy-in from the owner. The multiple companies involved, various protocols and quantities of manual data-entry needed in the early stages make this a minefield for any owner or operator to tread.

I quite understand that vendors want to sell their wares, but the lack of transparency does no-one any favors. Misinformation won’t speed up the sale and risks poisoning the well as far as attracting future customers is concerned.

The simplest way to prevent losses is not to let ships sail. Of course, that’s not a helpful answer. Ship insurers are in the same position as pharmaceutical companies and private doctors: their role is to cure the sick, not prevent sickness.

Loss prevention in its truest sense comes from human factor training, crew wellness and use of technology to reduce risk. We’ve all heard about owners not paying for these things or doing the bare minimum to scrape by. The fact is reduced premiums for ship operators that can demonstrate a certain level of training or adoption of technology would be a win for the industry, by acting as an incentive to owners to raise their game.

Will the current crisis drive ships out of the market?  Will the economic picture change enough for a new model to evolve?  Maybe a charterer will have a lightbulb moment and decide it makes sense to pay for the green ship with a qualified crew and the latest technology. I believe data – specifically vessel operational data – is going to become the differentiator, and the first to pick up and run with this will take the lead.

But it goes further than leveraging tech to improve fuel efficiency, or for smart routing or just-in-time arrival. It is more than a faster satellite connection or wider data sharing. This is about reinventing ships as an economical, green node on the value chain.

Tomorrow’s shipmanagers will have a full picture of the daily performance of the ships, as well as a budget and maintenance plan driven by live analytics. Vessels will be operated by smart people onboard and ashore who are empowered to make sensible decisions with the help of advanced analytical tools that untangle data from a multitude of sources. This lies in stark contrast to the situation now, which sees superintendents managing a vessel to an annual budget agreed months previous and which blindly carried across the preceding year’s figures.

In short, attitudes have to change, from the top of the organization to the bottom. We have to take fresh views of change, of management, of technology, of the human factor. We must learn to accept that shipping is not special. It is not immune from the revolution and the longer it resists the greater the pain is going to be. If it wants to be special, it must let go of the past and reinvent itself.

Note: This article was written by Frank Coles, CEO of Wallem.

The opinions, beliefs, and viewpoints expressed in this article do not necessarily reflect the opinions of World Maritime News. 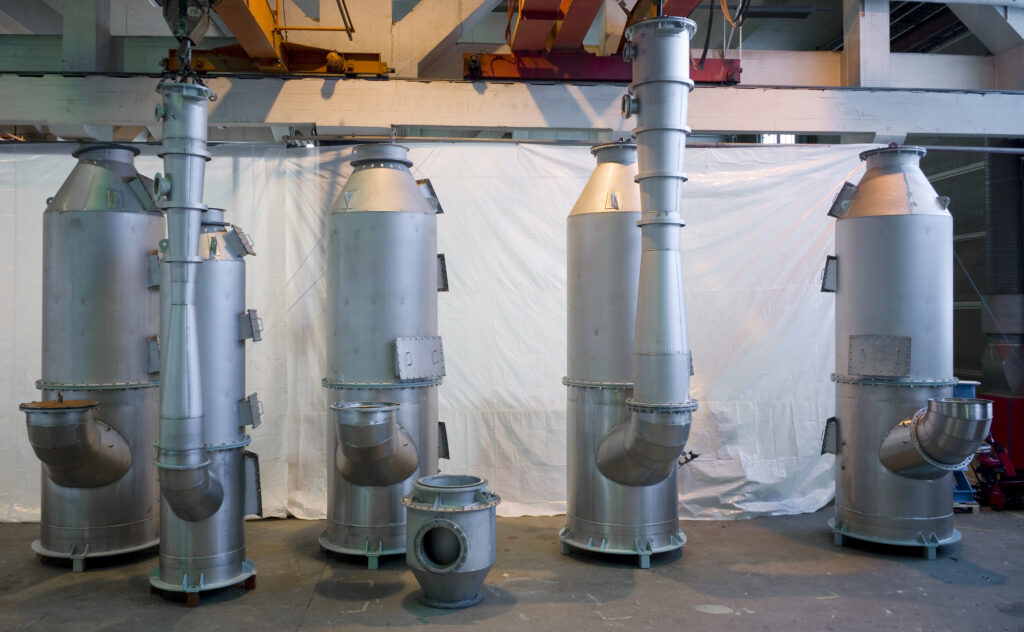