The vessel departed the Armon shipyard in Gijón and headed to Dénia. It will start operating on the route connecting the port of Dénia with Ibiza and Palma on May 1.

Baleària said that the Eleanor Roosevelt will be the world’s longest fast ferry. It boasts a length of 123 meters and a 28-meter width. It has the capacity for 1,200 passengers and 500 meters of lines for trucks and 250 cars.

The ferry operator noted that the construction of the vessel started at the end of 2018 and is the seventh in the series of Baleària’s vessels to use liquefied natural gas as fuel.

LNG already allowed Baleària to cut 37,000 tons of CO2 from its operations in 2020. It is estimated that each year the Eleanor Roosevelt will reduce carbon dioxide emissions equivalent to eliminating more than 8,900 conventional passenger cars or planting almost 27,000 trees.

Baleària further noted it is the world’s first fast-ferry powered by LNG.

The operator has put a €90 million ($106.2 million) price tag on the vessel’s construction. 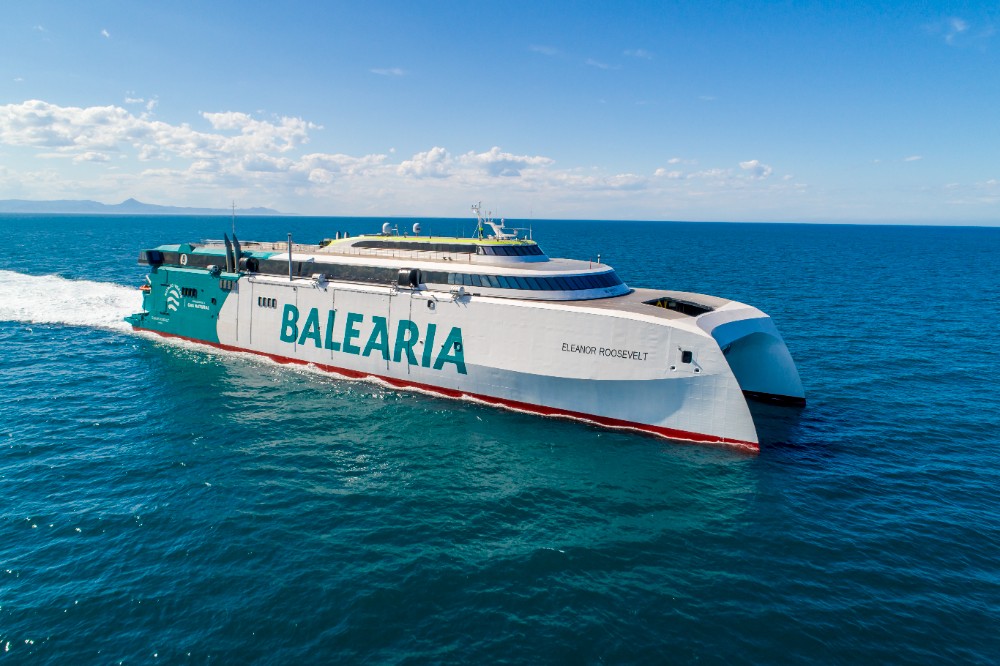