Energean has completed near-shore operations for the Karish gas pipeline and is now ready for offshore installation.

Energean said in a social media update on Thursday that the near-shore operations have been completed, which means the company is now ready to lay the offshore pipeline.

The company has decided to develop both fields using the Energean Power FPSO that will be installed 90 km offshore, making it the first FPSO ever to operate in the Eastern Mediterranean.

Karish was selected as the initial development as it is the largest discovery, which is expected to provide the highest yield of liquid per volume of produced gas and is the closest discovery to shore.

The assets required to develop this field will be installed and commissioned by early 2021 with the intention of introducing a second source of gas supply into the Israeli market as soon as practicable.

The FPSO hull in early April headed from China, where it was built, to Singapore for topside integration works. The hull arrived at a Sembcorp Marine yard in Singapore in mid-April.

However, due to a temporary halt of operations at the yard amid coronavirus pandemic, Energean said that integration works would not start for at least two weeks from the arrival. 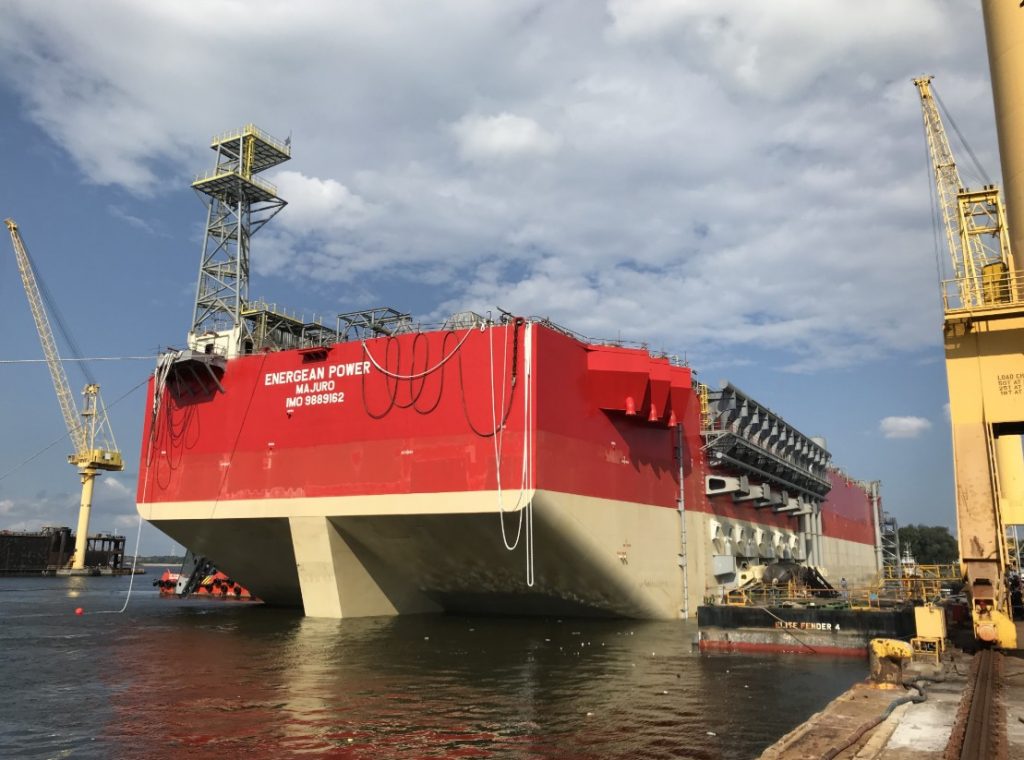