First Cement Carrier for Eureka Starts Trials Ahead of Delivery

Aalborg White, the first of three 4,200 dwt cement carriers being built for Cyprus-based Eureka Shipping, has started sea trials ahead of its delivery next week.

Once it completes trials in Eemshaven, in the north of the Netherlands, Cyprus-flagged Aalborg White will be handed over to Eureka by Dutch shipbuilder Royal Bodewes.

The self-discharging carrier will test the cargo handling system at the first cement terminal before starting operations in the North Sea.

Royal Bodewes is in charge of delivering three vessels in the class under a contract from 2017.

The yet-unnamed second and third units are scheduled for delivery before summer holidays and sometime in the third quarter of the year, respectively.

Construction of the ships is supported by the European Investment Bank with an EUR 10.1 million (USD 11.6 million) facility as the Royal Bodewes-designed vessels are built and operated in compliance with IMO and EU regulations, in addition to sailing under an EU flag. 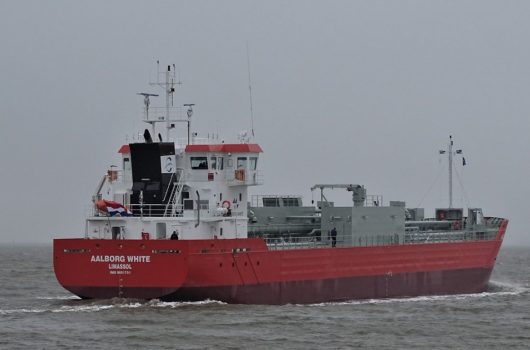