A report into why the Transocean Winner semi-submersible rig grounded on the Isle of Lewis last year has been published, naming poor condition of the tow line and high winds as direct causes of the accident.

On Thursday, September 7, 2017, the UK’s Marine Accident Investigation Branch (MAIB) published the report on the grounding of the Marshall Islands registered rig Transocean Winner following the loss of tow from the Dutch registered tug ALP Forward on August 8, 2016.

The tug and tow was on passage from Stavanger, Norway to Valletta, Malta when it encountered severe weather west of the Hebrides. The effect of the wind and waves on Transocean Winner led to the loss of ALP Forward’s ability to control the direction and speed of the tug and tow.

After being dragged backwards by the tow for over 24 hours, the tow line, weakened by the repeated sudden loadings, parted and the tug was unable to pick up the emergency towline.

According to the report, the effect of the wind on Transocean Winner led to ALP Forward being incapable of controlling the wind and tow in the severe weather conditions. Without the necessary information, it was not possible for the master to predict the tug’s inability to hold the rig and change his passage plan in time to seek shelter, the report further said.

The report further explained that the guidance in the Towing Manual led the master to prioritize keeping the tow line clear of the seabed over the provision of an adequate catenary. Improved guidance to tow masters on the importance of maintaining catenary and avoiding shock loading could have helped ALP Forward’s master mitigate the effects the heavy weather had on the tow line.

Had significantly more tow line been deployed, it is likely that the line would have suffered less damage from sudden loading, and it might not have failed.

The planning of a passage so close to the coast left little sea room for the tug and tow to drift in the event of bad weather. When ALP Forward lost control of the tug and tow, it was very likely that Transocean Winner would have grounded even if the tow line had not parted.

The tow line was in a generally poor condition, there was insufficient catenary in the deployed tow line which led, in the weather conditions, to repeated sudden loadings resulting in the tow line parting. However, the report stated it is quite possible that a new tow line would have also parted under the same circumstances and conditions.

Following the incident, the owner of the rig, Transocean, reviewed its Marine Compliance Procedures Manual. In addition, the owner of the tug vessel, ALP Maritime Services, has been recommended to review its procedures with regard to the production of towing manuals.

As a reminder, after over two months of being stranded off the coast of the UK, the Transocean-owned rig was loaded aboard a semi-submersible heavy lift and transportation vessel and carried to Malta in mid-October 2016. 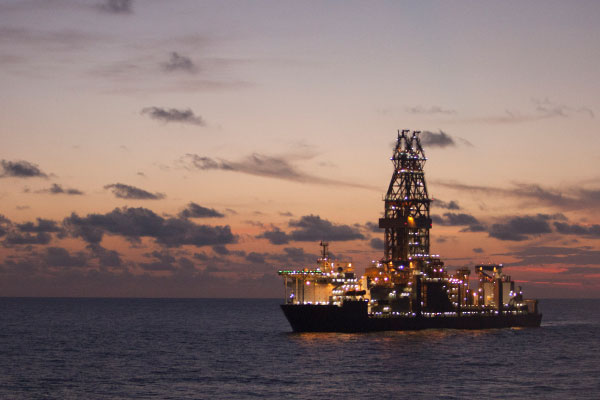