Woodlands-based Anadarko said Wednesday the company is “strongly committed” to its multi-billion Mozambique LNG project despite the debt crisis in the African country and the oil price downturn.

The Mozambican government has admitted in April to the existence of USD1.4bn in undisclosed loans by the Interior Ministry and state-owned security companies Proindicus and Mozambique Asset Management.

While Proindicus made a $24 million interest payment on its $622m loan on March 21, MAM has reportedly failed to make its first payment of 178m related to its debt that totals 525m.

“Mozambique’s fiscal and external positions continue to deteriorate, in part due to the decision of donors and multilateral organisations to halt programmed budget support until the debt debacle is resolved,” Fitch Ratings said in a note last week after downgrading the country’s credit rating by one level to CC, warning that a default was likely.

There have been substantial natural gas discoveries in Mozambique’s northern offshore Rovuma basin since 2010 that have the ability to transform the country into one of the world’s largest LNG exporters. Mozambique is estimated to hold about 100 trillion cubic feet of proved natural gas reserves.

However, Anadarko and Eni, that are developing LNG export projects in the country have still not made a final investment decision.

“We continue to be strongly committed to the Mozambique LNG project – to taking it to FID and to building and commissioning a world-class facility,” Anadarko spokesman John Christiansen told LNG World News in an emailed statement on Wednesday.

“We are aware of Mozambique’s debt issues and as the Government works to address those, we are working hard to put in place a set of agreements with the Government that will provide the foundation for definitive sales agreements with LNG customers. Once those agreements and the financing arrangements are in place, we expect to be in a position to take FID at that time,” said Christiansen.

Anadarko and partners have discovered more than 75 Tcf of recoverable natural gas resources in Mozambique’s Offshore Area 1, which will be used to feed an onshore LNG terminal on the Afungi peninsula in Cabo Delgado province.

The reserves are sufficient to support two initial LNG trains, each with capacity of 6 million tonnes per annum, as well as to accommodate expansions, including additional trains capable of producing about 50 million tonnes of LNG per year, according to Anadarko. The Mozambique LNG project has more than 8 MMTPA of non-binding LNG offtake agreements already in place.

Anadarko also announced in December it had signed a unitization and unit operating agreement to develop natural gas resources straddling the Offshore Area 1 and Offshore Area 4 blocks in Mozambique.

The deal, which frames the cooperation between the government of Mozambique, Anadarko and Eni, the operator of the Offshore Area 4, enables the advancement of the Prosperidade and Mamba straddling reservoirs.

According to Anadarko, the Prosperidade and Mamba straddling natural gas reservoirs, which comprise the unit, will be developed in a separate but coordinated manner by the two operators until 24 trillion cubic feet of natural gas reserves (12 Tcf from each area) have been developed. 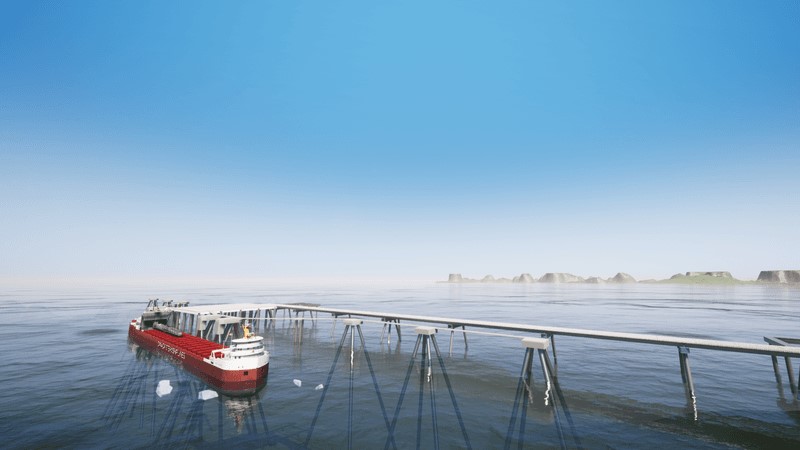