The current fundamentals in the market aren’t driving values; buyers are. As deepwater drillship transactions keep trickling in, values are likely to climb further.

Golden Close Maritime Corp. announced [on Tuesday] the sale of their only drilling rig, the Deepsea Metro I, to an Asian buyer.

The drillship, built in 2011 by Hyundai Heavy Industries and managed by Odfjell Drilling, has been warm stacked in Malaysia since 2017 after seeing its most recent contract in disputed waters offshore Vietnam cut short due to force majeure. Since then, the rig has been a primary transaction candidate.

Bassoe Analytics shows a value range of $222–246 million for the Deepsea Metro I compared to the acquisition price of $262.5 million.

In an update last week, we wrote that values for modern ultra-deepwater drillships (6th and 7th gen) have risen by another (approximately) 5%. This upward movement is primarily sentiment-based and not driven by current utilization and dayrate trends. And we expect transactions in the near-future to clear at or above these levels.

Although this deal isn’t purely sentiment-driven – it’s an example of a state-owned entity who’s developing their own offshore activities and who wants to operate their own offshore rigs – TPAO seems interested in timing the market right.

Considering that the rig is likely to be well-maintained and will be owner-operated (assuming TPAO is the buyer), we believe the sales price is fair, if slightly more favorable to the seller today. But in time, this deal could end up looking great for the buyer.

Another rig taken out of the international market

As the rig will likely not continue competing in the international ultra-deepwater market, the transaction can be seen as positive for other drillship owners. The price level also adds real support to values for similar assets.

There really isn’t much to say about the drillship market right now. It’s sort of better than it was a year or two ago, but utilization (slightly above 50%) and new fixture dayrates remain gridlocked. Most new contract fixtures are in the $140,000–200,000 range depending on the region and asset.

But there’s a growing number of rig owners and investors who agree with us that the market will experience significantly higher utilization which could cause dayrates to double. The problem is that nobody’s been right yet on when that’s going to happen.

Some companies, like Northern Drilling, have tried to take advantage of low drillship values and time the market’s return to greatness. If that happens within a reasonable timeline, they’ll generate strong cash flows. That’s what’s driving values now, and we expect it to continue.

With several other ultra-deepwater drillships in play right now (Bolette Dolphin and Pacific Zonda, among others), look for more reference points to come. 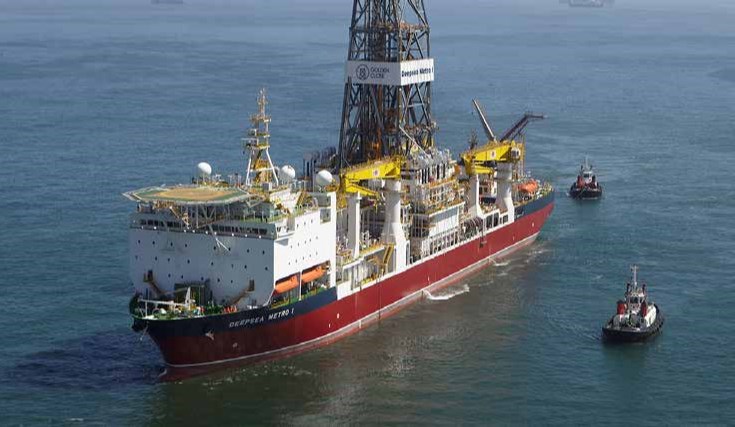