LNG Croatia, the state-owned company has sanctioned the construction of the floating liquefied natural gas terminal on the Island of Krk.

The final investment decision on the construction of the project was adopted based on the results of the binding open season procedure, LNG Croatia said in a statement.

The open season determined future revenues of the project, the projection of capital expenditures in relation to the conducted procurement procedures for FSRU vessel and EPC works and the projections of required investment by the shareholders of LNG Croatia.

The procurement procedure of the floating, storage, and regasification unit was carried out in November 2018.

LNG shipping giant Golar was picked for the project and will convert its Golar Viking LNG tanker to and FSRU vessel in a €159.6 million ($182.2 million) job.

The vessel built in 2005 has a scheduled delivery to the terminal location between September 30 and October 20, 2020, following the conversion.

The procurement procedure for the engineering, procurement and construction of jetty with the auxiliary facilities and connecting high-pressure gas pipeline for the receiving LNG terminal was carried out in January 2019, resulting in the consortium comprising Pomgrad, GP Krk and STSI being given the €58.4 million job.

Work under the contract is scheduled to start by end March/start of April this year.

LNG Croatia added that it has finished the binding process for booking the capacity of the LNG terminal, which resulted in a capacity booking of the terminal in the amount of 0.52 bcma.

Following all the procurement procedures, the total capital expenditures of the project have been reduced to €233.6 million, down from the initially planned €383 million, LNG Croatia said.

The remaining part of the required capital expenditures in the amount of EUR 32.2 million will be provided by the shareholders of LNG Croatia through an increase in equity, the company said. 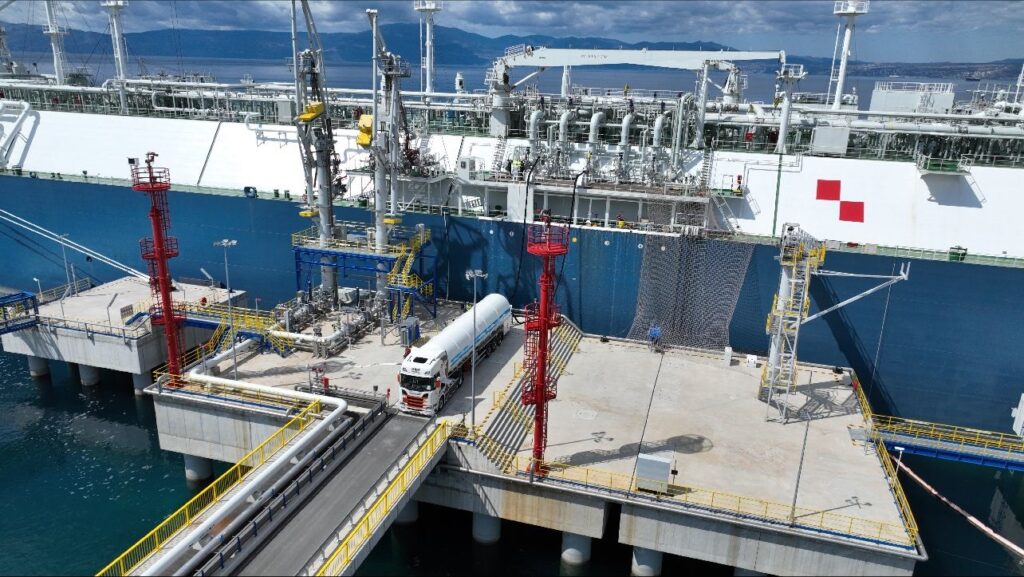