Advertisement
Back to overview
Home Shipbuilding Oversupply of Ships: Industry Should Sort Out Itself

Oversupply of Ships: Industry Should Sort Out Itself

The oversupply of tonnage in the shipping industry should be left to sort out itself, it was concluded at a panel debate on Ship Oversupply and Accelerating Sustainable Recycling, held on June 6 in London, UK.

Over the past eight years, the world fleet has grown by 50 percent in tonnage terms, which has become a major issue for the industry stakeholders pushing many owners to lay up their vessels.

This is in particular evident in the offshore industry sector as numerous vessels ranging from OSVs to drillships have been put in cold or warm layups, pending recycling, seeing that many of them cannot return to the sluggish market.

Nevertheless, many owners are still reluctant to scrap their vessels.

Some degree of regulatory intervention has been proposed as a way of encouraging shipowners to send their ships to shipbreaking yards. These include the Hong Kong Convention and EU regulations on shipbreaking.

In addition, the upcoming entrance into force of the Ballast Water Convention has been identified as one of the catalysts that might bring about more ships being recycled. Namely, owners are likely to opt to scrap their aged assets should the costs of refitting their ships to meet the requirements of the new convention exceed around USD 2 million.

However, according to Dr Nikos Mikelis, Independent Consultant and Non-Executive Director of GMS, there is a high probability that the implementation of the convention could be pushed for another two to five years as there is an initiative to delay the start date of the regulation.

Specifically, a compromise proposal has been jointly submitted by Brazil, India, Cook Islands, Norway, the UK and Liberia to postpone the start date of the phasing-in program for installing approved ballast water treatment systems on existing ships by two years.

That would put around 40% of the existing fleet on the other side of the five-year period, Mikelis added.

As a result, there would be little effect, if any, on the recycling of the extra tonnage.

Furthermore, the retrofitting costs are expected to decrease in the upcoming period once compliance with the convention becomes mandatory.

“Personally, I am supporter of a free market, but I also accept that shipowners need a strong regulatory framework in order to operate. If you can get those two things to work than you will get a good result. When it comes to subsidies for scrapping and that sort of thing, I am not sure this is really the right way we should be going,” Stopford said.

As explained, for any of these schemes to work there needs to be a very high level of international consensus and agreement, which is not an easy thing to get in the middle of a recession.

“I think we should be focusing on the efficient use of old ships, and when they can’t compete effectively in the market place that is the time to scrap them,” he added.

Speaking of incentivizing scrapping of ships, a proposal being debated in the EU, as a means of solving the oversupply problem, Michael Jürgen Werner, Partner, Norton Rose Fulbright LLP said that such a move would probably be counterproductive.

“I am not sure if that is the right way to go. The oversupply might come from over-distorted market prompted by tax incentives, and other ways the EU has supported the industry in the past. And now, to use another distortion, by giving incentives for scrapping to solve the oversupply problem, would probably be counterproductive, and legally very questionable,” he explained.

Shipbuilders also have a role to play in bringing the market to such an oversupplied state, however, the pricing of newbuildings is driven by their own forward coverage not the market situation.

The sector also took a major blow in 2016 as numerous owners refrained from ordering depleting their orderbooks and putting them to financial woes. In turn, this has resulted in very low prices of newbuildings that have been more attractive that those in the second-hand market.

To complicate things even further, high scrapping prices have never been an incentive for scrapping, especially in the dry bulk sector, as explained by Janina Lam from Howe Robinson Partners. High steel prices correlate with high iron prices thus resulting in attractive second-hand prices of ships that are needed to ship the iron ore.

Hence, it appears that keeping ships until they almost break apart is the likelier scenario that encouraging shipowners to sell those assets for scrap.

One of the potential solutions that was singled out as a way of speeding up scrapping of older tonnage are port incentives that would reward shipowners for modern, environmentally-friendly ships with lower dockage rates. Therefore, owners could be prompted to retire their old ships as they would lose on their cost effectiveness. 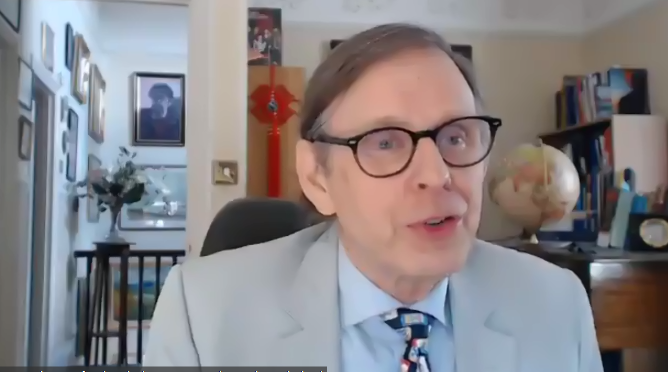