Back to overview
Home Green marine Peninsula to own, operate LNG bunker barge with Scale Gas

Peninsula to own, operate LNG bunker barge with Scale Gas

Scale Gas, a subsidiary of Spanish energy company Enagás, and marine fuel supplier Peninsula have reached an agreement for the construction, joint ownership and charter of LNG bunker vessel that will provide services in the Strait of Gibraltar.

The vessel, set to be built at the South Korean Hyundai Mipo Shipyard, will have 12,500 cbm of LNG capacity.

As disclosed, it will be chartered exclusively by Peninsula through an initial seven-year contract, and will use Enagás’ regasification plants, predominantly in Huelva, as LNG loading points.

The bunker vessel will operate in the Port of Algeciras and the expected delivery time is June 2023.

The initiative is part of the European Union’s transport aid program, Connecting Europe Facility (CEF), which has contributed $13.3 million towards the vessel development through a consortium of Enagás, Scale Gas and the Algeciras Port Authority.

This agreement is part of the LNGhive 2 strategy, led by Puertos del Estado, whose objective is to support the development of the LNG market as a sustainable marine fuel.

Marcelino Oreja, CEO of Enagás stated: “The signing of this agreement is in line with Enagás’ commitment to promoting the development of a value chain that allows more efficient and sustainable maritime transport, and reinforces the commitment of the company to achieve carbon neutrality by 2040.”

“This vessel will hopefully be the first of many that will offer
flexibility and solutions across our global network to our customers,” John A. Bassadone, owner and CEO of Peninsula added.

The project aims to provide a stable flow of LNG to one of the world’s busiest shipping lanes, reducing the region’s CO2 emissions, and, in the end, reaching the IMO 2050 decarbonisation goals of the maritime transport industry. 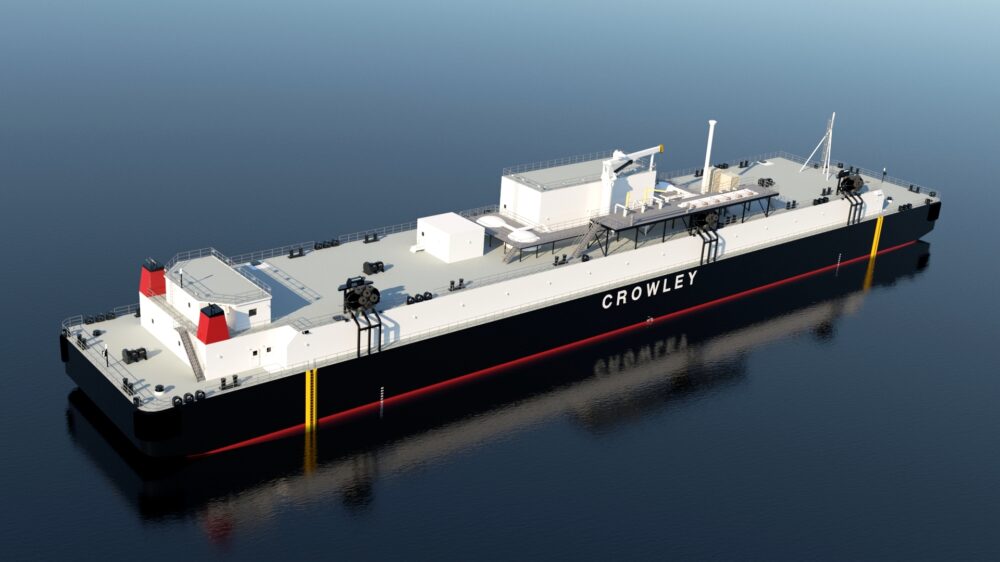