Italian energy giant and LNG player Eni will reach the final investment decision on the development of the Coral gas discovery in the Rovuma Basin, offshore Mozambique.

The company will reach the decision by the end of this week, Reuters reports, citing a company’s spokeswoman.

The project involves the construction of 6 subsea wells connected to a floating LNG production facility, with a liquefaction capacity of over 3.3 million tons of liquefied natural gas per year, equivalent to approximately 5 billion cubic meters.

In February last year, Mozambique government approved the development of the gas field discovered in 2012. Located within Area 4, the field contains about 450 billion cubic meters (16 TCF) of gas in place.

In October, Eni and its Area 4 partners signed an agreement with BP for the sale of the entire volumes of LNG produced by the FNLG Coral South, for a period of over twenty years.

Eni is the operator of Area 4 with a 50 percent indirect interest owned through Eni East Africa, which holds a 70 percent stake in Area 4.

The other concessionaires are Galp Energia, Kogas and Empresa Nacional de Hidrocarbonetos (ENH), each owning a 10 percent stake. CNPC owns a 20 percent indirect interest in Area 4 through Eni East Africa. 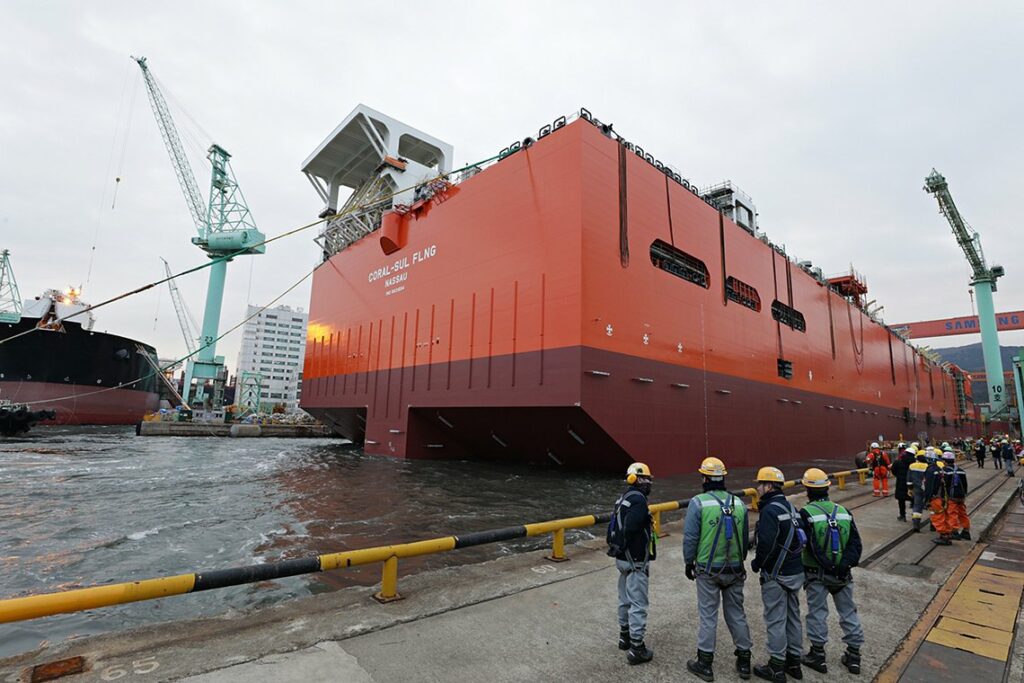