Australian oil and gas company Santos informed that the Barossa joint venture has entered into exclusive negotiations with the Darwin LNG joint venture for the supply of backfill gas.

The arrangement gives the Barossa JV an exclusive commercial negotiation period to reach a processing services agreement as well as settle on a tariff in anticipation of a final investment decision early next year.

The Barossa project entered the front-end engineering and design (FEED) phase of development in April last year, and last month announced the contract to supply the subsea production system (SPS) and associated SPS installation support, the company said in a statement.

Santos managing director and CEO Kevin Gallagher said that this exclusivity confirms the status of the Barossa project as the lead candidate to supply backfill gas to Darwin LNG.

“Bids have also been received and are being evaluated for the FPSO, gas export pipeline and development drilling. We’re getting on with the job,” Gallagher said.

Santos holds a 25 percent interest in the Barossa-Caldita joint venture along with partners ConocoPhillips (37.5 percent and operator) and SK E&S (37.5 percent).

Santos is also a joint venture partner in Darwin LNG with an 11.5 percent interest. 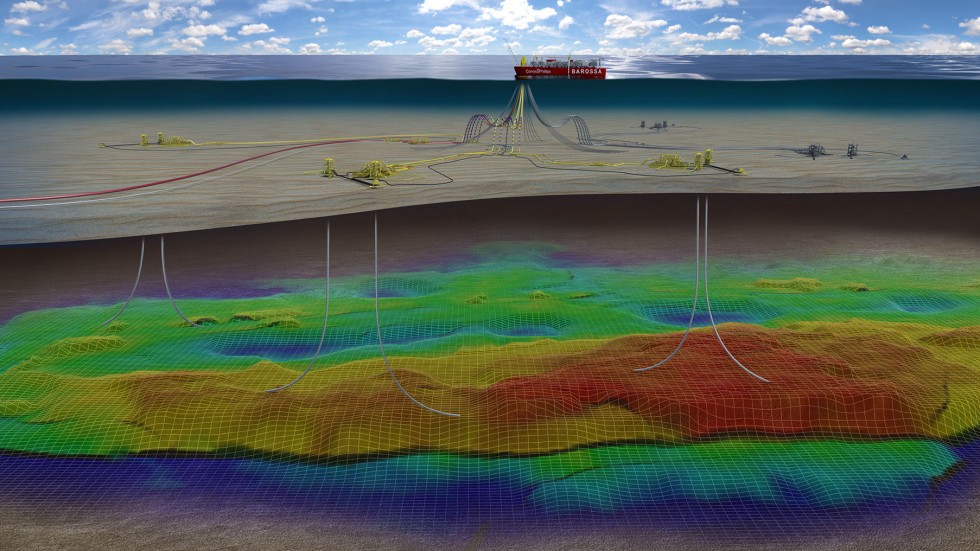