Advertisement
Back to overview
Home Fossil Energy Shell gets green light for Arctic drilling, but with conditions

Shell gets green light for Arctic drilling, but with conditions

Specifically, the APDs limit Shell to drilling only the top sections of wells and prohibit Shell from drilling into oil-bearing zones.

Shell currently is not permitted to drill into oil-bearing zones because, to do so, BSEE requires that a capping stack be on hand and deployable within 24 hours. A capping stack is a critical piece of emergency response equipment designed to shut in a well in the unlikely event of a loss of well control.

Shell’s capping stack is staged on the vessel M/V Fennica, which is currently en route to Portland, Oregon, for repairs. If and when the M/V Fennica is capable of being deployed in the Chukchi Sea and Shell is able to satisfy the capping stack requirement, the company may submit an Application for Permit to Modify the APDs and request to have this restriction reconsidered, BSEE said.

“Without question, activities conducted offshore Alaska must be held to the highest safety, environmental protection, and emergency response standards,” said Brian Salerno. “Without the required well control system in place, Shell will not be allowed to drill into oil-bearing zones. As Shell conducts exploratory activities, we will be monitoring their work around the clock to ensure the utmost safety and environmental stewardship.”

In addition to restricting Shell’s ability to work in oil-bearing zones, the APDs also define limitations related to marine mammal protection consistent with requirements established by the U.S. Fish and Wildlife Service (USFWS). Consistent with regulatory requirements, a USFWS Letter of Authorization (LOA) issued on June 30 requires Shell to maintain a minimum spacing of 15 miles between active drill rigs during exploration activities to avoid significant effects on walruses in the region. Under the limited permits granted yesterday, Shell may proceed with drilling the top sections of two wells at the Burger Prospect, Burger J and V as described in the company’s Exploration Plan (EP), which are located less than 15 miles apart. As such, Shell is prohibited from conducting simultaneous drilling activity at these wells. Specifically, Shell must plug and abandon the top section of the first well before proceeding with any drilling activity at the second well site.

Under the LOA, Shell is also required to have trained wildlife observers on all drilling units and support vessels to minimize impacts to protected species. Shell must stay within explicitly outlined vessel operating speeds and report daily regarding all vessel transits.

According to BSEE, the APDs were approved only after careful review of the adequacy of Shell’s ice management plans in the absence of the M/V Fennica as well as the consistency of the plans with protections in place for marine mammals. In addition to redundancy provided by other ice management support vessels, Shell will employ aerial reconnaissance over flights, satellite imagery and other measures to monitor ice floes to fulfill the operational goals of the ice management plan in terms of early detection and site safety. The use of these enhanced technologies will allow Shell to meet its operational requirements for ice management, while conforming to the Hanna Shoal Walrus Use Area restrictions identified by the USFWS.

In addition to defining the specific limitations described above, BSEE’s review of the APDs also included thorough analysis of information submitted by Shell – including well casing design, equipment design, testing procedures, safety protocol, third party certifications of key equipment and rig information – for technical adequacy, safety, and environmental compliance. Shell was required to address any issues and inadequacies identified by BSEE before the APDs were approved.

To ensure compliance with this and other conditions of the APDs, BSEE safety inspectors will be present on the drilling units Noble Discoverer and Transocean Polar Pioneer 24 hours a day, seven days a week to provide continuous oversight and monitoring of all approved activities. The inspectors are authorized to take immediate action to ensure compliance and safety, including cessation of all drilling activities, if necessary. BSEE experts have been engaged in thorough inspections of both drilling units and Shell’s response equipment.

The Burger Prospect is located in about 140 feet of water, 70 miles northwest of the village of Wainwright.

Building on the lessons learned from Shell’s 2012 drilling operations in the offshore Arctic and incorporating the recommendations of a Departmental review of those activities, BOEM on May 11, 2015, provided conditional approval of Shell’s Exploration Plan that incorporated the safety requirements set forth in Shell’s Exploration Plan and established numerous additional stringent safety requirements that must be met before Shell can drill into oil-bearing zones,

– All phases of an offshore Arctic program – preparations, drilling, maritime and emergency response operations – must be integrated and subject to strong operator management and government oversight, as detailed in Shell’s Integrated Operations Plan;

– Capping stack must be pre-staged and available for use within 24 hours;

– A tested subsea containment system must be deployable within eight days;

– The capability to drill a same season relief well;

– A robust suite of measures to avoid and minimize adverse impacts to marine mammals and their habitat, impacts to Native subsistence activities, and other environmental impacts; and

– Drilling units and their supporting vessels must depart the Chukchi Sea at the conclusion of each exploration drilling season. 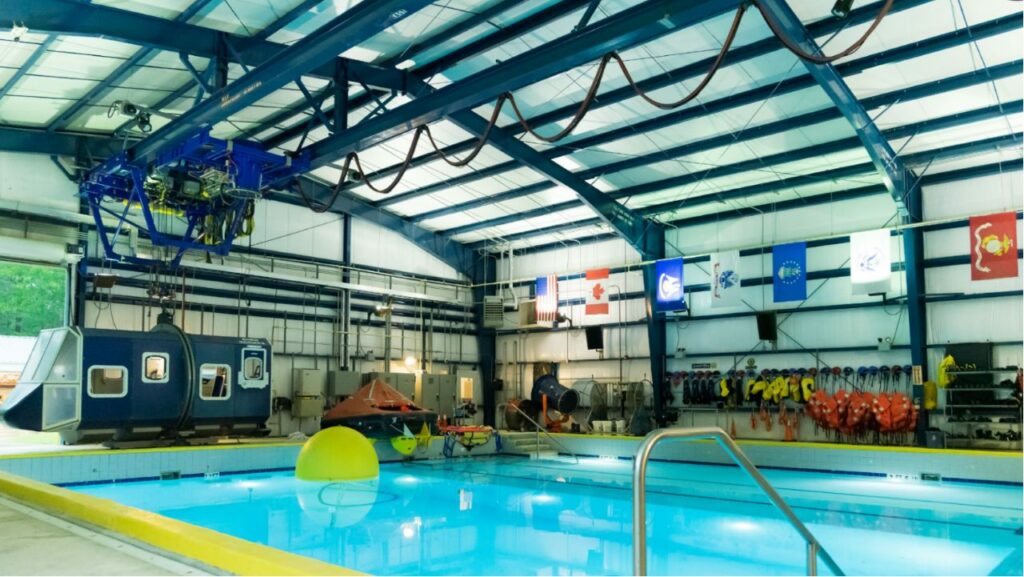