Oil major Shell has completed the sale of its shares in Shell entities in New Zealand to Austria’s OMV for $578 million.

The sale was announced in March 2018. It includes the Māui, Pohokura, and Tank Farm assets, and the sale of Shell’s interest in (and operatorship of) the Great South Basin venture, which was subject to a separate agreement.

The sale is consistent with Shell’s drive to simplify the upstream portfolio.

“We are proud of having worked in New Zealand for more than 100 years and completion of the sale to OMV marks an important milestone in the company’s history,” said Zoe Yujnovich EVP, Australia and New Zealand.

“Shell staff in New Zealand, past and present, have been key to building a successful New Zealand business.”

OMV has been partner in the acquired assets (OMV’s former stakes: 26% in Pohokura and 10% in Maui) and now assumes operatorship in both joint ventures.

The Māui field, located 35 kilometers off the Taranaki coast, was discovered in 1969. It was one of the largest offshore gas fields in the world at the time.

The Māui A platform was installed in 1977, with full production beginning in 1979. Māui B was built in 1992 and is situated 15 kilometres from Māui A, with the two platforms connected via an undersea pipeline through which product is transported. Māui B is designed to be unmanned, being remotely operated from Māui A.

The Pohokura field came on stream in 2006 as a high-tech facility meeting 40% of the country’s natural gas needs. Pohokura’s eight wells and production station are run by a single control room operator, supported by a team of around 50 staff, in central New Plymouth, 20 kilometers away from the field.

The Tank Farm consists of multiple sites at Paritutu and Omata where Shell Taranaki operated tanks holding condensate and naphtha piped from both Shell operated sites and other fields, from throughout Taranaki.

The product is piped to the Newtown King Tanker Terminal at Port Taranaki to be shipped off to refineries for processing, either within New Zealand or internationally. 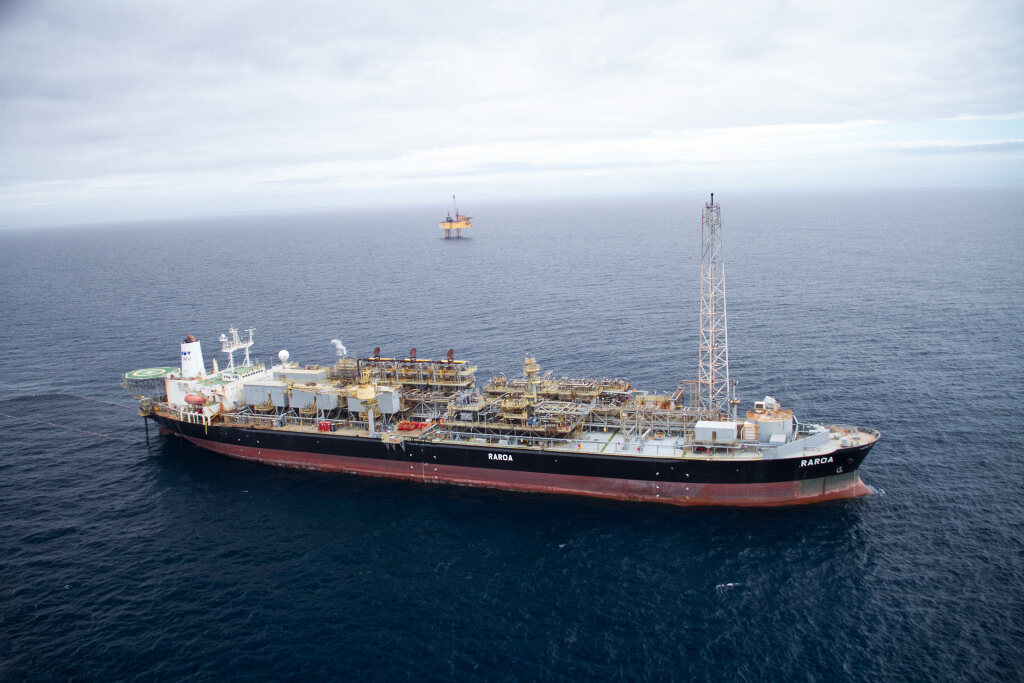