The trade war between China and the United States is brewing with China announcing plans to impose duties on U.S. goods worth USD 3 billion.

The move is being taken as a response to the Donald Trump’s new duties on Chinese goods worth USD 60 billion.

Trump said the U.S. was resorting to the Section 301 action, after an investigation launched in August 2017 into China’s laws and policies found that China employs “unreasonable or discriminatory practices that burden or restrict U.S. commerce, and violate intellectual property rights.”

Trump added that talks with China are ongoing together with the EU and NAFTA deal.

Impact on the shipping industry

The latest restrictions come as new tariffs on steel and aluminum are set to enter into force in the United States.

Even though Europe managed to dodge the tariffs, European shipping community, and the maritime industry, in general, is worried what the latest trade restrictions would mean for shipping.

“There is an urgent need for new diplomatic efforts to prevent an escalation,” says Danish Shipping, commenting on the latest trade tensions between the two countries.

The organization, which represents the interests of the shipping industry in the country, said the new duties and countermeasures were concerning for the sector.

Clasen called on the world’s major trading blocks to strengthen dialogue and diplomacy in order to prevent any further escalation of the conflict.

“Trade between China and the USA accounts for roughly 4 percent of global trade, so a dispute between the two countries will harm trade patterns globally. In addition, increased tariffs will send a very wrong signal to the world that more market restrictions may be a plausible way forward. This is the wrong way to go and will ultimately harm consumers all over the world,” he added.

“All parties – the EU, the US and China – must look for solutions through dialogue and do everything possible to avoid a harmful trade war. It is crucial that all parties make every effort to avoid an escalation of the conflict.”

BIMCO’s Chief Analyst Peter Sand said that should the tensions escalate on a larger scale there would lasting consequences for everyone involved in global industries like shipping.

“All trade-restrictive measures are in principle bad for shipping,” Sand said.

“Overall we are seeing more trade-restrictive measures introduced. Some more high profile than others. This is a worrying trend that limits demand for shipping globally.”

Impact on the U.S.

“Middle and working-class Americans are just starting to see the benefits of tax reform in the form of bigger paychecks and higher wages. Engaging in a trade war will erase those gains and result in higher prices for a wide range of consumer products and basic household goods. And the tariffs will create uncertainty for retailers and other businesses who are prepared to reinvest savings from the tax cut in capital investments, wage increases, workforce training and new jobs in communities across the country. “

The U.S. ports, including Port Houston, Port of New Orleans and the Northwest Seaport Alliance, also expressed concern about the impact of the steel and aluminum tariffs, stressing that they would negatively affect the amount of cargo being handled by the ports. 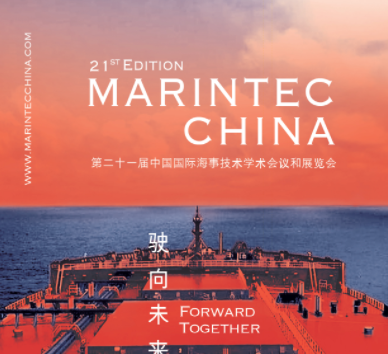