Dockwise Ltd. (“Dockwise” or the “Company”) is conducting a feasibility study for a new “Type 0” semi-submersible vessel to meet the expected increasing demand for means of transportation for extremely large and heavy production platforms.

In order to cater for a prudent financing of this vessel, the Company intends, subject to a final investment decision (the “FID”) to be taken by the board of directors of the Company (the “Board”) and the approval of the shareholders of the Company in a special general meeting of shareholders (the “SGM”), to raise approximately USD 100 million through a fully committed rights issue (the “Rights Issue”).

The new vessel will increase capacity and further strengthen the top end market position of the Company. The FID is subject to commercial, technical, procurement and debt financing feasibility, including e.g. tank tests, available yard capacity, timely delivery and approval by authorities of the novel design. Satisfaction of these conditions is expected before conducting the Rights Issue, which is contemplated to be finalized before the end of 2010.

Business case for a Type 0 vessel

The increasing demand for means of transportation for extremely large and heavy  production platforms has prompted Dockwise to investigate the options of building a new semi-submersible vessel, larger than its Blue Marlin (73,000 tonnes). With this new vessel, which would be of a unique design concept, Dockwise is anticipating the production and subsequent transportation of new oil and gas production equipment that is planned to come to the market from the year 2012 and beyond. One of the projects currently in backlog would qualify for transportation on the envisaged vessel if it were available before 2013. Furthermore, clients have indicated that there is a desire for pre fabrication of even larger integrated production platforms and spar buoys, the design and construction of which is currently limited by the available means of transportation.

CEO André Goedée:”I am greatly encouraged by the strong show of support from our largest shareholders for this exciting project. This support is a clear sign to potential clients that Dockwise will have the financial wherewithal to really build this unique vessel, if our feasibility studies confirm our commercial and technical ideas.”

Dockwise Ltd., a Bermuda incorporated company, has a workforce of more than 1200 people both offshore and onshore. The company is the leading marine contractor providing total transport services to the offshore, onshore and yachting industries as well as installation services of extremely heavy offshore platforms. The Group is headquartered in Breda, The Netherlands. The Group’s main commercial offices are located in The Netherlands, the United States and China with sales offices in Korea, Australia, Brazil, Russia, Singapore, Malaysia, Mexico and Nigeria. The Dockwise Yacht Transport business unit is headquartered in Fort Lauderdale and has an office in Italy. The Dockwise Shipping network is supported by agents in Japan, Norway, Argentina and Italy. To support all of its services to customers, the group also has three additional engineering centers in Houston, Breda and Shenzhen, manufactures specific motion reduction equipment such as LMU (Leg Mating Units) and DMU (Deck Mating Units) and owns a fleet of 19 purpose built semi-submersible vessels. 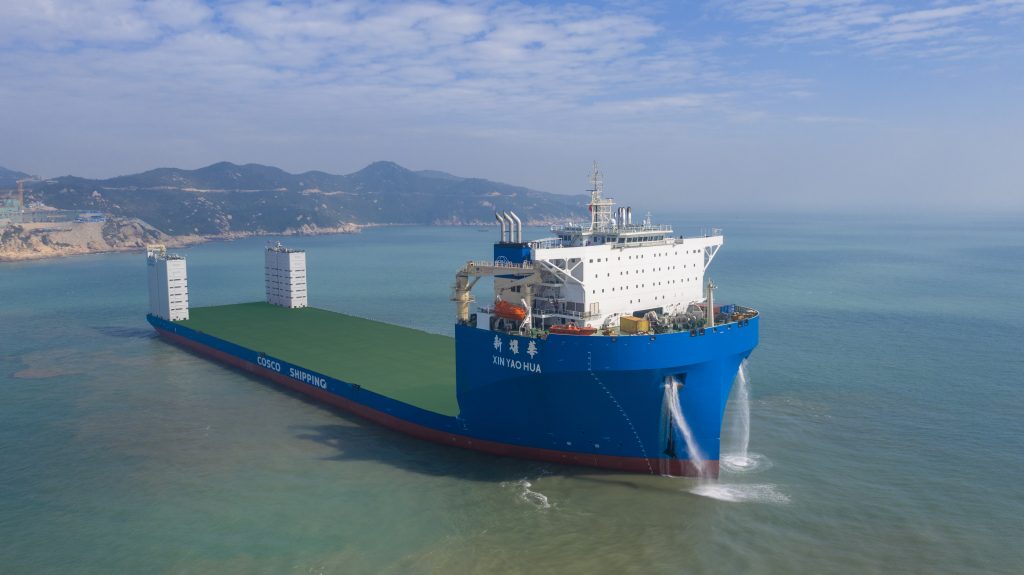