Golden Pass LNG Terminal LLC announced today that it has been granted authority by the Federal Energy Regulatory a Commission (FERC) to place into service the Phase 2 terminal facilities.

Golden Pass LNG and Golden Pass Pipeline operate state‐of‐the‐art terminal and pipeline facilities near Sabine Pass, Texas. These facilities are designed to safely and reliably receive and transport natural gas throughout Texas and Interstate Markets. Now fully operational, the terminal is among the largest LNG import facilities worldwide, with the capacity to import 15.6 million metric tons of LNG annually. The pipeline, with multiple intra and interstate connections, is capable of transporting an  average of 2.5 billion cubic feet per day of natural gas.

Houston‐headquartered Golden Pass LNG Terminal LLC and Golden Pass Pipeline LLC, are joint venture companies formed by affiliates of three of the world’s largest and most experienced oil and gas companies: Qatar Petroleum International, the international arm of Qatar Petroleum (70%), and the remaining by ExxonMobil (17.6%) and ConocoPhillips (12.4%). 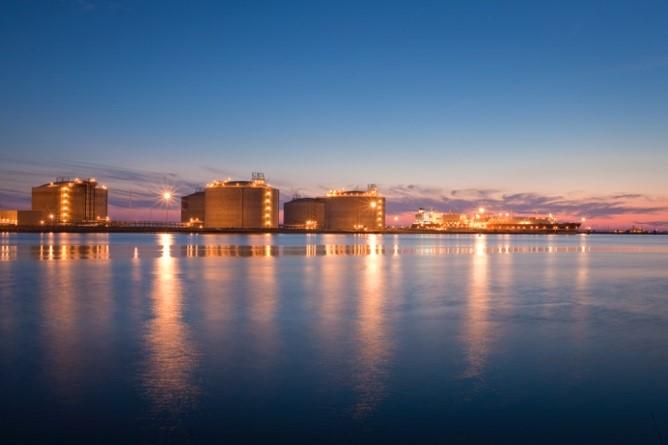