ADNOC and ADPower team up on subsea HVDC links

ADNOC and ADPower have issued a joint tender to develop and operate the MENA region’s first HVDC subsea transmission system.

The project should as a result reduce the carbon footprint of ADNOC’s offshore facilities by up to 30 per cent.

It will provide a total installed capacity of 3,200 megawatts.

Namely, it will replace the existing offshore localized gas turbine generators with environmentally sustainable sources of energy, including renewable and nuclear power.

ADNOC and ADPower are also looking to team up with international companies that have the experience in such infrastructure projects.

The project execution is on a build, own, operate and transfer (BOOT) basis.

The successful bidders, alongside ADNOC and ADPower, will develop and operate the transmission system.

However, the full project should return to ADNOC at the end of the transmission agreement.

Commercial operation should start in 2025, according to ADNOC. 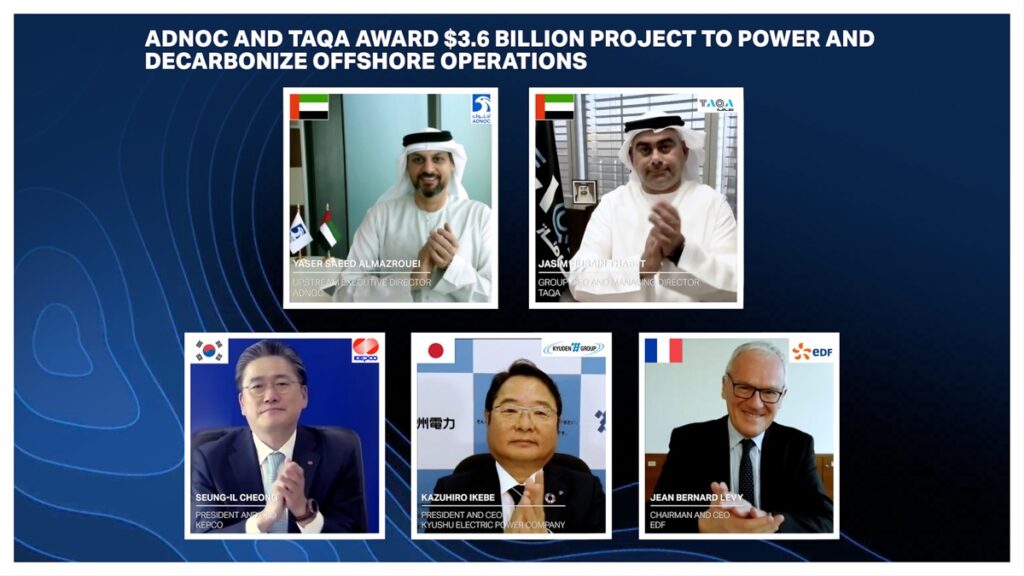