The SOSP PSC is currently the subject of an ongoing ICSID arbitration process which has been acknowledged by the Senegalese authorities.

African Petroleum said on Monday that its legal counsel has written to the Senegalese authorities reminding them of African Petroleum’s rights under the SOSP production sharing contract (SOSP PSC).

Commenting on the update, African Petroleum’s CEO Jens Pace said: “We are surprised that Petrosen are seeking expressions of interest on our SOSP block at this time given it is the subject of ICSID arbitration, a process which the Senegalese government has acknowledged and interested industry players will be well aware of.

“The SOSP PSC has not been terminated and until such time as the dispute is resolved, either amicably or through the arbitration channels, African Petroleum remains on the license, and we shall continue to defend our position rigorously through the ongoing arbitration process.”

To remind, the term of the first renewal phase of the SOSP production sharing contract expired on December 15, 2017. Prior to the expiry of the current phase, and in accordance with the terms of the PSC, African Petroleum lodged an application to enter into the second renewal phase of the contract, and also requested to exchange the outstanding well commitment in the current phase for a 3D seismic acquisition program, and to transfer this revised outstanding commitment to the second renewal phase. The Republic of Senegal has not validly enacted such termination procedure, and accordingly the company reserves its rights under the ROP PSC.

In January 2018, formal notices of dispute were lodged with the Senegalese authorities in respect of the SOSP and Rufisque Offshore Profond (ROP) PSCs and, in accordance with the terms of the PSCs, the parties had three months to resolve the disputes.

The parties were unable to resolve the disputes during the defined timeframe and during a period of subsequent discussions, and accordingly the company’s subsidiary African Petroleum Senegal Limited lodged request for arbitration documents with ICSID in June 2018 in order to protect its interests in the ROP and SOSP blocks in Senegal. 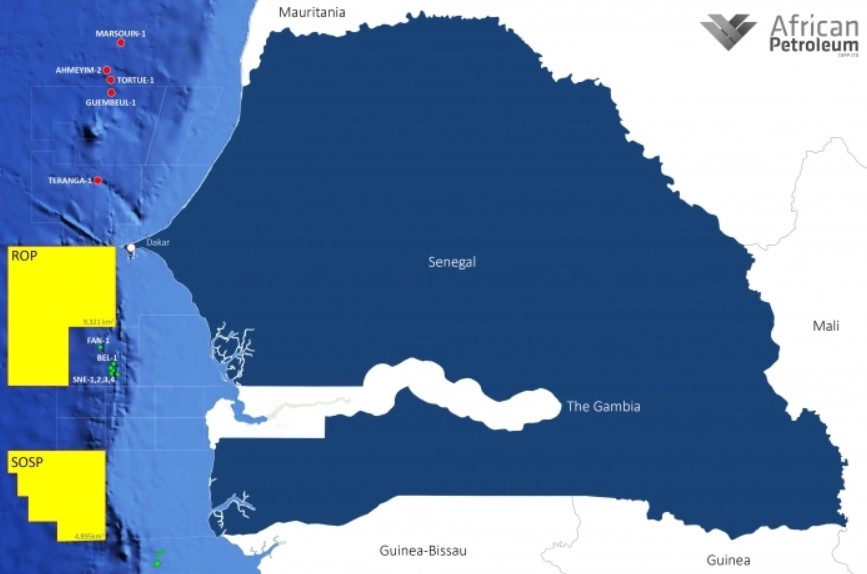