Dutch offshore access provider Ampelmann has signed a three-year contract with a subsidiary of oil major Shell for work in Asia Pacific.

Ampelmann said on Wednesday that the contract was awarded by Brunei Shell Petroleum.

According to the company, Ampelmann will provide two of its latest version L-type gangway systems to enable daily crew change operations in the region.

Joeri Poelmann, Ampelmann’s area manager for Asia Pacific, said: “We are excited to continue our collaboration with Brunei Shell Petroleum and are thankful for their continued trust in our services.

“This contract is proof of the local industry’s push to make offshore access ever safer and more efficient”.

It is worth noting that Ampelmann is operating seven motion compensated gangways in Brunei in 2020.

The company reminded that Brunei Shell Petroleum was the first to choose Ampelmann for their crew change operations in the region all the way back in 2013.

With a decade of experience and offices in Singapore, Brunei, and Malaysia, Ampelmann has extensive knowledge of the state of the local market.

Ampelmann’s first version of the L-type system was initially developed in collaboration with Brunei Shell for their crew change operations and made its first transfers in Brunei back in 2013.

After many iterations, the latest system is a compact and electrically powered plug-and-play system enabling continuous access from vessel to an offshore platform, and vice versa, capable of transferring 50 people in less than five minutes.

The L-type can be deployed in sea states beyond two metres of significant wave height, making it possible to use year-round, also during the monsoon season. The latest version of the system, Version 4, has been in use since 2018.

The company also stated that it was looking at a maturing market where motion compensated gangway systems were gradually becoming the norm. 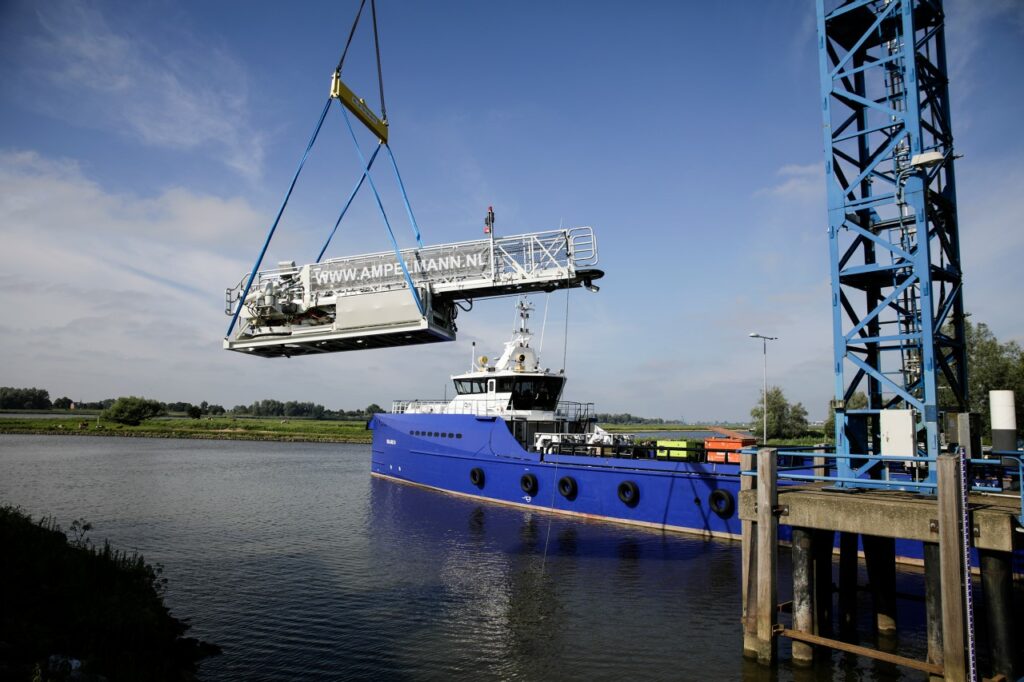