Advertisement
Back to overview
Home Fossil Energy BP agrees to pay $18.7B in Macondo disaster settlement

BP agrees to pay $18.7B in Macondo disaster settlement

British oil giant BP, has said today that five years on from the Deepwater Horizon accident and spill in 2010, it has reached agreements in principle to settle all federal and state claims arising from the event. BP has agreed to pay an overall amount of $18.7 billion.

BP today announced that its US Upstream subsidiary, BP Exploration and Production Inc (BPXP) has executed the agreements with the US federal government and five Gulf Coast states.

The agreement with the states of Alabama, Florida, Louisiana, Mississippi and Texas also includes settlement of claims made by more than 400 local government entities.

The principal payments are as follows:

The expected impact of these agreements would be to increase the cumulative pre-tax charge associated with the Deepwater Horizon accident and spill by around $10 billion from $43.8 billion at the end of the first quarter. Separately to these agreements, the total charge reported in BP’s second quarter results will also reflect other items including charges for additional business economic loss determinations.

NRD and CWA payments are scheduled to start 12 months after the agreements becomes final. Total payments for NRD, CWA and State claims will be made at a rate of around $1.1 billion a year for the majority of the payment period.

Carl-Henric Svanberg, BP’s chairman, said: “Five years ago we committed to restore the Gulf economy and environment and we have worked ever since to deliver on that promise. We have made significant progress, and with this agreement we provide a path to closure for BP and the Gulf. It resolves the company’s largest remaining legal exposures, provides clarity on costs and creates certainty of payment for all parties involved.

“In deciding to follow this path, the Board has balanced the risks, timing and consequences associated with many years of litigation against its wish for the company to be able to set a clear course for the future.

“The Board therefore believes that this agreement is in the best long-term interest of BP and its shareholders. The Board set out its position on the dividend at the first quarter and this remains unchanged by the agreement.”

Bob Dudley, BP’s group chief executive, said: “This is a realistic outcome which provides clarity and certainty for all parties.

“For BP, this agreement will resolve the largest liabilities remaining from the tragic accident and enable BP to focus on safely delivering the energy the world needs.

“For the United States and the Gulf in particular, this agreement will deliver a significant income stream over many years for further restoration of natural resources and for losses related to the spill.

“When concluded, this will resolve not only the Clean Water Act proceedings but also the Natural Resource Damage claims as well as other claims brought by Gulf States and local government entities.”

BP’s chief financial officer, Brian Gilvary, said: “The negotiations were carried out with the goal of reaching a collective solution that would be acceptable for all parties. For BP this will provide certainty with respect to BP’s financial obligations for the matters settled, particularly with the ability to spread payments smoothly over many years.

“The impact of the settlement on our balance sheet and cashflow will be manageable and enables BP to continue to invest in and grow its business, underpinned by a resilient and robust financial framework.”

The agreements do not cover the remaining costs of the 2012 class action settlements with the Plaintiffs’ Steering Committee for economic and property damage and medical claims. They also do not cover claims by individuals and businesses that opted out of the 2012 settlements and/or whose claims were excluded from them.

“Ocean Conservancy is encouraged by today’s news of a global settlement with BP, especially by the inclusion of over $1 billion to address impacts beyond the shore. This settlement will help us achieve comprehensive, long-term restoration of the Gulf of Mexico. For restoration to be successful, efforts must address both short- and long-term damage in three key areas: coastal environments, marine habitats and wildlife, and coastal communities.

“From the BP oil disaster comes an opportunity to chart a new future for the Gulf. While a settlement is a vital step in the process to restore the Gulf, there is still much work to be done. Now our state and federal decision-makers must commit themselves to a transparent and science-based approach to ecosystem restoration. This is our best first chance to restore the Gulf’s ecosystem, and we cannot afford to waste time or effort on projects that don’t restore the vital natural resources that wildlife and coastal communities depend on to thrive.

“The settlement appears to include a dedicated restoration reserve of $232 million to address restoration from injuries documented after the effective date of the settlement. This is a critical element of the agreement because we don’t yet know what the long-term impacts of the disaster could be. For wildlife like sperm whales or bluefin tuna, it can take decades to understand the full impact of the BP oil disaster. However we are concerned that, given the scope of this disaster and the breadth of known impacts, that $232 million may not be sufficient to fully address impacts that may emerge over time.” 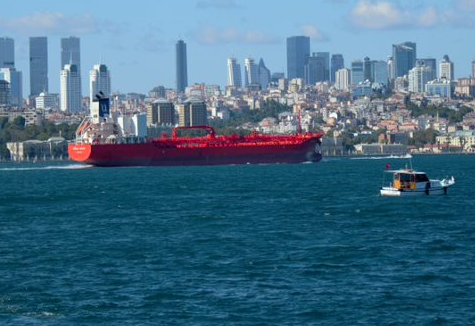