Following reports by Bloomberg that OPEC members have agreed to extend production cuts, confirmation also came from OPEC itself.

What is more, just after 7 p.m. Vienna-time, the OPEC Conference president Khalid Al-Falih revealed that a unanimous decision had been made to extend production cuts both within OPEC and between OPEC and Non-OPEC nations.

Following the lengthy meetings in Vienna on Thursday, where both, OPEC conference, and OPEC and Non-OPEC meetings were held, it was decided that the previously agreed oil production restraints would be extended from January to December 2018.

To remind, it had been previously agreed that the OPEC Member Countries would undertake a production adjustment of 1.2, and that non-OPEC participating nations Azerbaijan, Bahrain, Brunei Darussalam, Equatorial Guinea, Kazakhstan, Malaysia, Mexico, Oman, Russia, Sudan, and Sudan would voluntarily adjust their oil production by 558 thousand barrels a day, until March 2018.

Space has been left to make some adjustments in June 2018 if there is a need at that time, based on prevailing market conditions and the progress achieved towards re-balancing of the oil market in mid-2018.

Khalid Al-Falih, Saudi Energy Minister, and the President of the OPEC Conference announced the decision by saying it had been a busy day, with the OPEC meeting lasting well into the afternoon, followed by a meeting with ten non-OPEC partners.

Speaking to those present in the conference room in Vienna, the outgoing OPEC Conference President said: “The decision has been unanimous. It is a solid decision many of you have been urging us to make.”

Breathing down the neck

Al Falih, who will be replaced as President of OPEC Conference by UAE Minister of Energy Suhail Mohamed Faraj al-Mazroui, will not be taking his eye off the ball when it comes to the oil production cut compliance by the signatories.

Quite the contrary, he will be joining the Joint Ministerial Ministerial Monitoring Committee (JMMC), a body responsible for the monitoring of the member countries’ compliance levels.

While Al-Falih’s home country Saudi Arabia has cut production deeper than pledged, some countries have failed to meet the numbers they promised to achieve.

Talking about his expectations for 2018, and his new role, Al-Falih said: “We will replicate our level of commitment the same as in 2017… I am going to be breathing down the necks of other 24 countries making sure their stay the course.”

He will join the Russian energy minister Alexander Novak as a co-chair of the JMMC.

Asked what big challenges he expected to see in 2018, Al Falih said that U.S. shale and its growth are a fact. He also said that apart from being a fact, that shale could be welcome to some extent due to expected global growth in demand.

“Not only is it a fact, but within certain limits it’s welcome because growth in demand 1.5 million (boed) year after year after year, with 3-5 million barrels annually of decline from mature basins – North Sea, Mexico, China, and in many OPEC producing countries – that decline needs to be offset.”

“We don’t believe shale nearly can carry that load.”

Responding to a question of what could be the exit strategy from this cooperation with non-OPEC nations, Al-Falih said it was pre-mature to think about the exit strategy, given the large inventory that needs to be drawn down first.

He’s assured that if the agreement ends on January 1, 2019, the world won’t be seeing 1.8 million barrels flooding the market.

Al-Falih said that if there is a need to boost production, technical teams will design a way to gradually return supply in a way that it doesn’t make a supply glut again, and a quick buildup of inventories.

Furthermore, the OPEC Conference President said that the agreement aimed to draw down excess supply, stabilize the market, remove uncertainty, and create a good investment climate.

Falih would not name the ideal price of a barrel of oil. He said it was up to markets to make the price, and not for him to decide.

“Prices are to be determined by markets. They will oscillate, and finally, they will find a balance that brings supply and demand into balance.”

“When prices were too high, supply exceeded demand, and if prices are too low, as they have been in the last couple of years, you can easily project that supply will be short in a few years, as a decline takes place and demand rises very fast.

What is the range that will bring the balance? We will discover that in the next two to three years.

Al-Falih said that the midyear meeting of the JMMC ministers “will allow us to calibrate our actions as we go forward.” 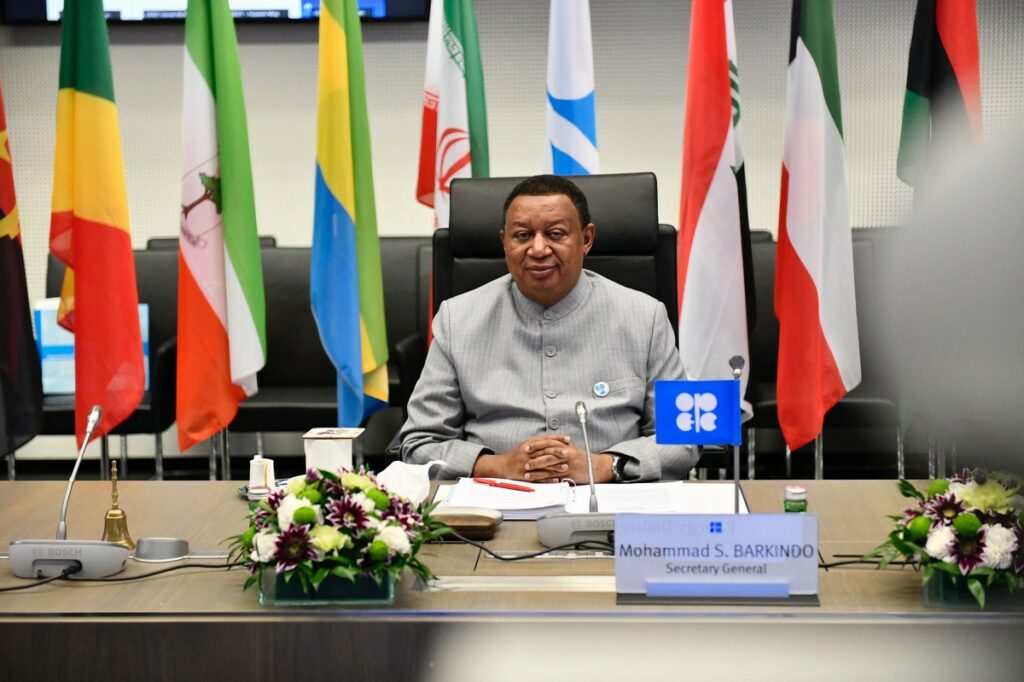