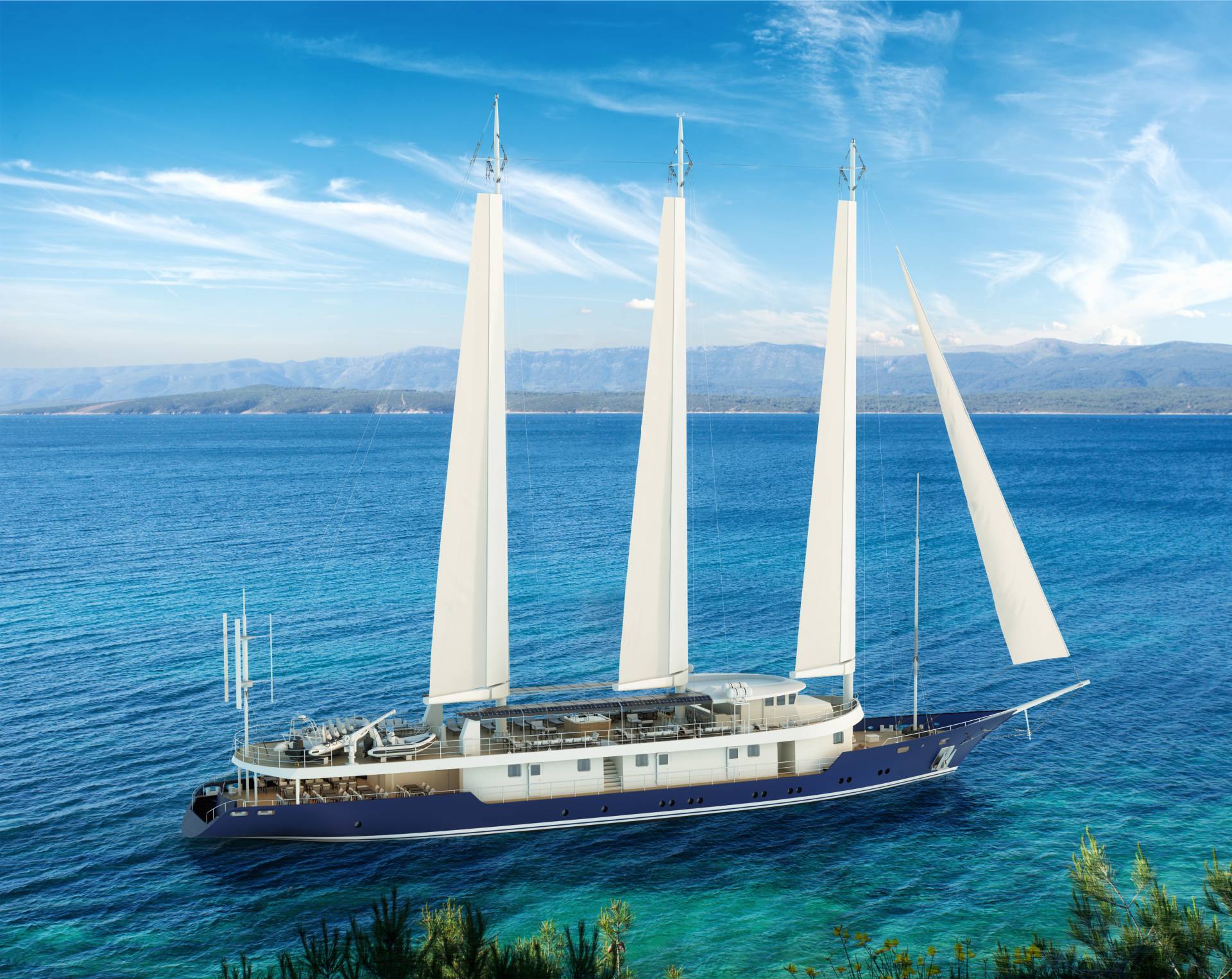 Croatian shipbuilder Brodosplit, part of the DIV Group, has started construction of a zero-emission passenger sailing ship with electric propulsion. 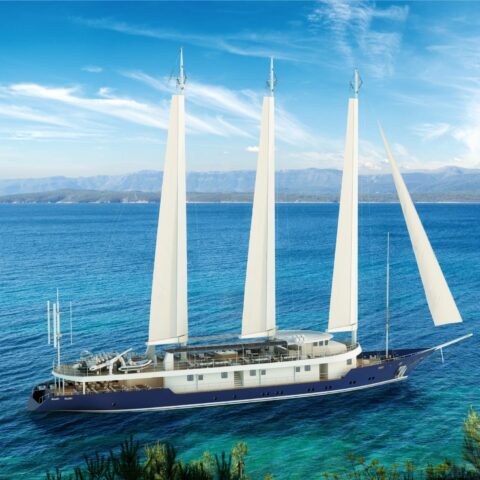 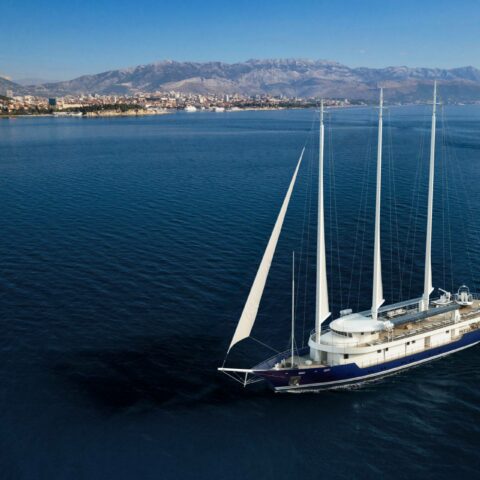 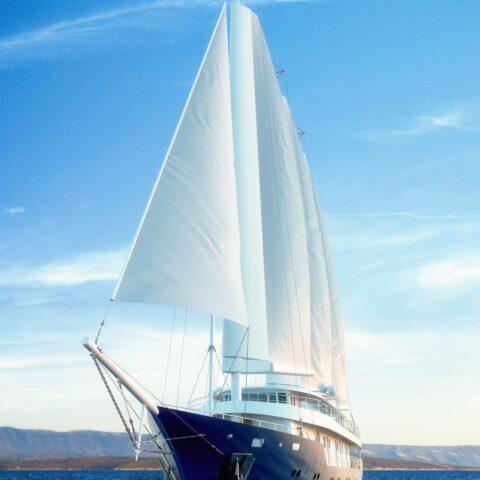 The new electric sailing ship — the so-called three-masted schooner — will feature a length of 63.5 meters and a width of 10 meters wide.

The hull and superstructure will be made of steel and the masts of aluminum alloy.

When not sailing, the newbuild will be powered by two 150 kW electric motors, each fed by a system of batteries continuously charged from different sources.

When it reaches a speed of 6 knots, it will require only 60 kilowatts of power, which is fairly unobtrusive for a 500 GT boat, according to DIV Group.

The vessel will be equipped with 30 tons of batteries with a maximum capacity of 2300 kWh, but due to regulatory requirements, it will also have two diesel generators that will be turned on only when needed or in emergencies.

Born several years ago, the idea of a zero-emission ship has matured to the implementation with the growth and development of the DIV Group in the field of new technologies.

Work on the project started in February 2020 and was co-financed by the EU.

Specifically, the project aims to research, develop and build an eco-innovation in the form of a sailing vessel for optimal 24 passengers, for which alternative propulsion technologies and energy sources have been developed based on an environmentally friendly design that aims to achieve sustainable mobility with zero emissions, supporting environmental sustainability and reducing greenhouse gas emissions and air and noise pollution.

The project is led by the DIV Group, and collaboration has been established with scientific institutions to improve knowledge and technology transfer between industry and universities and public research institutes, benefiting both companies and public sector researchers.

There will be two vertical wind turbines at the bow and stern that will supply the ship with electricity when it is in port with lowered sails.

A photovoltaic solar system will be installed on the roof of the superstructure. The ship will therefore be supplied with electricity and water from completely renewable sources and will obtain all its energy without any CO2 emissions. As a result, not only is the ship 100% “green”, but it also has virtually no costs for fuel and propulsion machinery.

What distinguishes this electric sailboat from similar vessels is the fact that, according to Tomislav Debeljak‘s idea, the ship also charges its batteries while sailing, in a sophisticated way.

In addition to the system of wind turbines, water turbines, and solar panels, a system of ship propellers with variable pitch and a special blade geometry is used, which serves as a water turbine when sailing. This “reversible propeller” will charge high-power batteries in the lower deck.

In addition, all information on board will be collected and controlled on the bridge. This includes meteorological data, all ship and propulsion systems, power supply to the batteries, operation of the engines, solar panels, wind turbines, hot water, energy consumption… At the same time, all energy “returns” and “expenses” on board are monitored.

The vessel will belong to a class of passenger ships that can sail indefinitely and sail all the seas of the world. During the domestic tourist season, it will sail the Adriatic along the coasts of Croatia, Italy, Slovenia, Montenegro, Albania, and Greece, and out of season in the Caribbean and other tourist destinations. 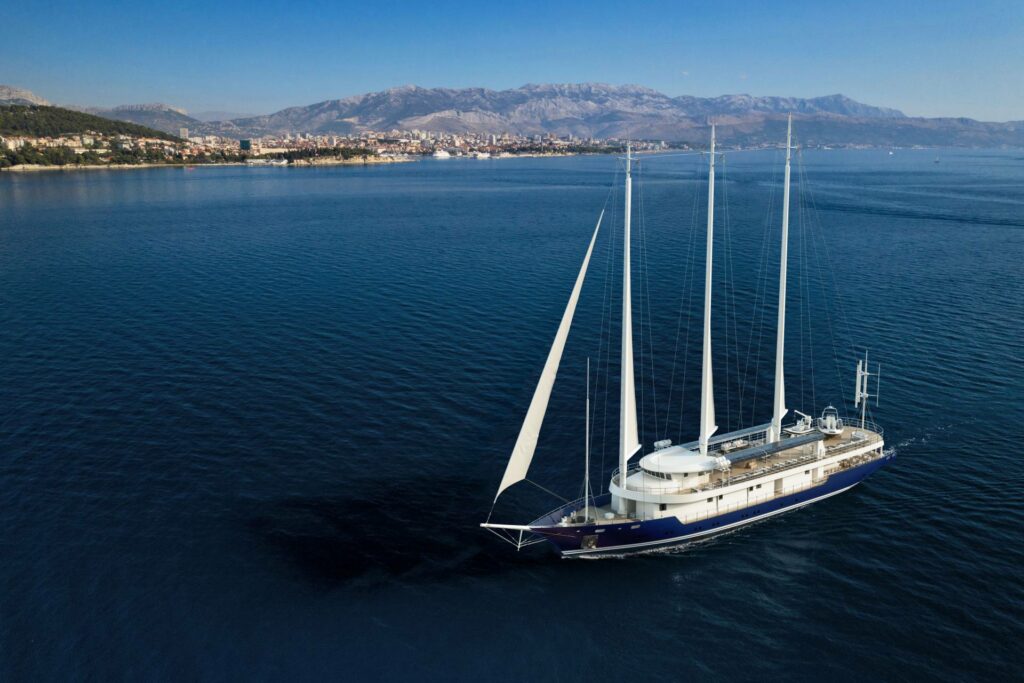