A Malaysian news website has issued a report claiming that that FPSO provider Bumi Armada is still in talks with the UK oil company EnQuest regarding a $65 million refund and liquidation damages claim by EnQuest due to a delay in delivery of the Armada Kraken FPSO.

The Malaysian company, however, has rejected the claims of ongoing discussions in a Bursa Malaysia filing responding to the report.

Namely, the Malaysian FPSO player confirmed on Thursday it has concluded its discussions with EnQuest as the charterer of the FPSO Armada Kraken that will be deployed at the Kraken field located in the UK sector of the North Sea, under the charter signed in 2013.

The Malaysian company also said on Thursday that the Armada Kraken’s eight-year FPSO contract for deployment at the field is ‘subsisting and the company is continuing work on the same’.

In a conference call on September 8, EnQuest CEO Amjad Bseisu told the analysts that, as part of the agreement, EnQuest had given Bumi a deposit of $100 million at the beginning of the project.

In the filing on Thursday, Bumi Armada confirmed that its subsidiary Armada Kraken has paid the charterers the sum of $20 million as liquidated damages pursuant to the terms of the FPSO contract.

The company added that in recognition of certain amendments to FPSO contract scope agreed with the charterers, Armada Kraken has agreed to pay the charterers an amount of $65 million during the course of the charter term, starting from the first half of 2017. This represents a partial reimbursement of an upfront amount previously paid by the charterers.

Bumi further added that the charter rates and the charter term under the FPSO contract remain unchanged and the Armada Kraken FPSO is on track for sail-away in the second half of this year in accordance with new key dates agreed with the charterers.

The Armada Kraken, recently named at Keppel’s yard in Singapore, is a harsh-environment FPSO which has a design life of 25 years without dry-docking.

Kraken field is a large heavy oil accumulation in the UK North Sea, located in the East Shetland basin, to the west of the North Viking Graben; approximately 125 km east of the Shetland Islands. The field is estimated to contain approximately 140million barrels of gross oil reserves.

EnQuest is the operator of the project with 70.5%, while its partner Cairn Energy holds 29.5% interest.

In related news, EnQuest on Thursday said that Delek Group would not be taking a share in the Kraken development as the pair failed to reach and agreement. 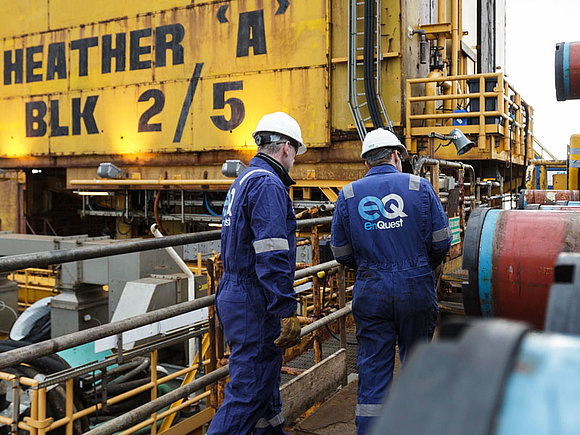