Indian naval forces managed to drop an anchor from the ill-fated merchant vessel SSL Kolkata on June 16, only days after the ship caught fire off Sandheads, Kolkata.

A helicopter crew winched down one officer aboard the vessel, which was adrift off the Sagar Island at the mouth of the Ganges Delta, India’s Ministry of Defense informed.

The officer ascertained the conditions in the forward part of the ship and later called in the helicopter to lower three crew members onbord the ship. The team managed to drop the starboard anchor from the vessel to prevent it from drifting any further. The team also prepared SSL Kolkata for a possible tow.

The 13,814 dwt ship ignited on June 13 following an explosion on the vessel’s deck.

The incident did not result in any injuries to the ship’s 22 crewmembers, who were safely evacuated from the vessel, India’s coast guard confirmed.

Although there were no reports of an oil spill in the area, relevant parties were deployed on stand-by in case an oil slick is spotted.

At the time of the incident, the vessel, which was carrying 464 containers, was on its way from India’s Krishnapatnam Port to the port of Kolkata. 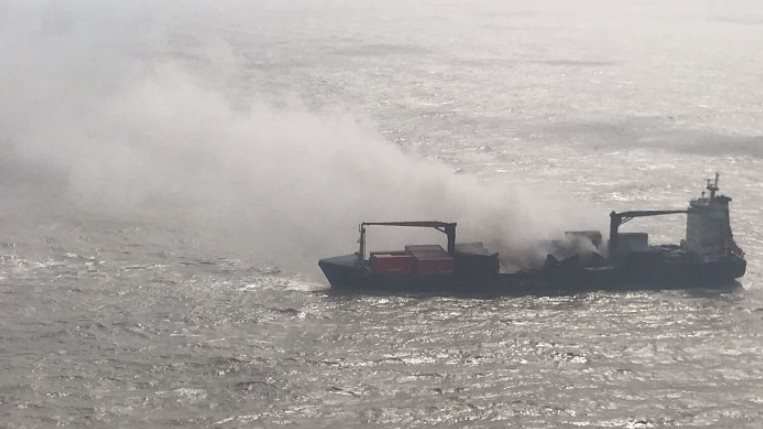