BW Energy has kicked off its 2021 Gabon drilling campaign with the spudding of the Hibiscus Extension well on the Dussafu Marin Permit.

Panoro Energy, a partner in the permit, said on Monday that the Hibiscus Extension well would be followed by drilling at Tortue and Hibiscus North.

This exploration well is being drilled with the Borr Norve jack-up drilling rig and is the first well in a three-well campaign planned on Dussafu during 2021.

The Hibiscus Extension well (DHIBM-2) is located about 56 kilometres offshore Gabon in 119 metres water depth. The well is planned as a vertical well to test structure, oil, and reservoir presence in what is believed to be a possible northerly extension of the Gamba reservoir in the Hibiscus field.

The well is positioned approximately three kilometres northwest of the Hibiscus discovery well (DHIBM-1) drilled in 2019. The DHIBM-1 well and its appraisal sidetrack established a 2P gross recoverable reserve of 46.1 mmbbls at the Hibiscus field.

The DHIBM-2 well is expected to take around 30 days to drill and log to a total depth of 3,500 metres. In the event of success, one or two appraisal sidetracks may be drilled to further delineate the field.

Success at the Hibiscus Extension well and sidetracks could significantly increase the total reserves at Hibiscus. The Hibiscus/Ruche development project, based on the already discovered reserve at Hibiscus, is currently planned to consist of a converted jack-up tied back to the FPSO with 12 development wells drilled in two phases, with first oil in early 2023.

The additional reserves at Hibiscus, if proven by the DHIBM-2 well, would require additional wells and possibly a converted jack-up to fully develop the potential in the area.

Following the DHIBM-2 well, the rig will move to drill a horizontal production well, DTM-7H, at the Tortue field. This will complete the phase 2 development of Tortue and, along with DTM-6H, will bring the total number of production wells at Tortue up to six.

The joint venture has exercised an optional well slot with Borr and plans to drill the Hibiscus North prospect, located some six kilometres northeast of the DHIBM-1 well.

Hibiscus North is a separate prospect with a 10–40-million-barrel estimate that could be tied into the Hibiscus/Ruche development project. The drilling of Hibiscus North will occur following the finalisation of drilling and hook up of DTM-7H production well.

John Hamilton, CEO of Panoro, said: “We are now restarting an exciting phase of operational activity in Gabon. Hibiscus Extension represents the largest potential impact well this year for Panoro.

“The rig will then proceed to drill the final production well at Tortue before drilling another exploration well at Hibiscus North to further test the significant upside at Dussafu”.

In a separate announcement, BW Energy CEO Carl K. Arnet said: “We are excited to begin the next phase of exploration drilling on the Hibiscus field.

“The Hibiscus Extension is our largest current prospect and has already been de-risked by the nearby discovery from 2019 and subsequent 3D seismic work. Working closely with the Government of Gabon and our license partners, we are looking forward to unlocking the full potential from Hibiscus and continue our development of the successful Tortue field through this drilling programme.

“The company expects to generate material cash flow over the next decade from the continued development of Dussafu and to deliver significant value to Gabon and the license partnership”. 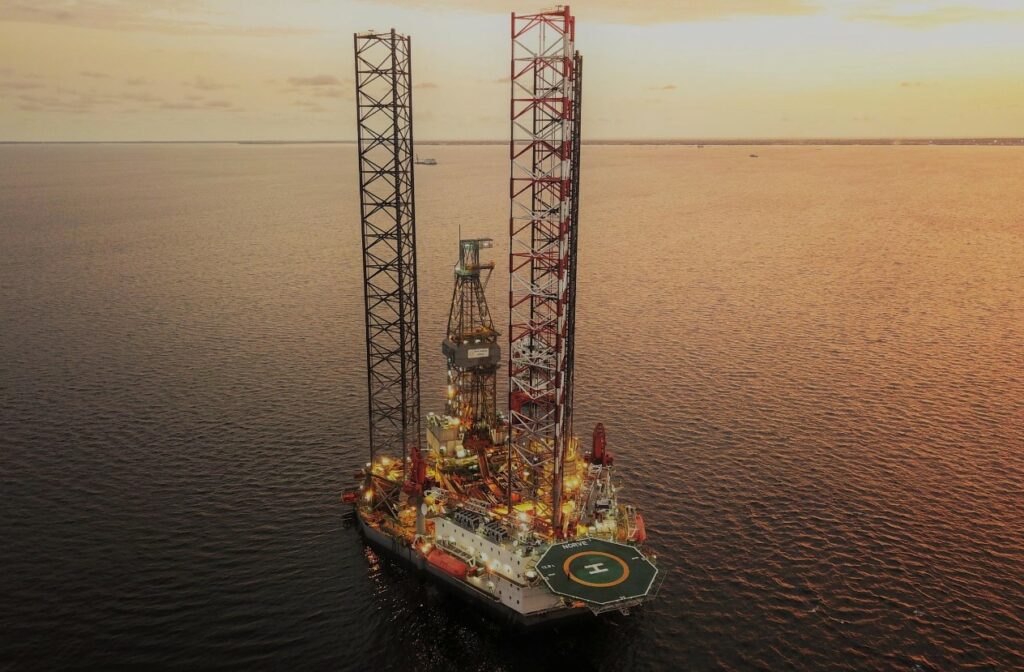