The Sabine Pass and Cameron LNG natural gas liquefaction and export terminals located in Louisiana were both affected by Hurricane Laura, which made landfall as a Category 4 hurricane in late August.

Although both liquefied natural gas (LNG) facilities survived the storm with minimal damage, damage to the electrical and marine infrastructure around the Cameron LNG facility has persisted, and the facility remains offline, informs the U.S. Energy Information Administration.

Feedgas deliveries to the Sabine Pass terminal resumed on September 2, according to Genscape (a Wood Mackenzie business), and the facility shipped its first post-hurricane cargo two weeks after the storm on September 11.

Because of differences in how each facility sources electric power, the facilities have faced different impacts as a result of the hurricane.

Approximately 93,000 customers, including the Cameron LNG facility, were left without power after Hurricane Laura made landfall and damaged electricity transmission infrastructure.

Entergy restored partial electric power to Cameron LNG on September 18, 2020. Currently, the facility is testing equipment in order to restart the liquefaction process.

It resumed receiving feedgas on September 27. Feedstock deliveries to the facility averaged 11.6 million cubic feet per day (MMcf/d) on September 27 and 28, and they increased to 20.2 MMcf/d on September 29, according to Genscape.

However, the Calcasieu Ship Channel, where the terminal is sited, remains partially blocked. The intracoastal waterways around the Cameron LNG facility can currently only accommodate movement of vessels with draft up to 30 feet, whereas most LNG vessels have a 40-foot draft. The channel must still be dredged for LNG vessels to be able to transit without restrictions.

Cheniere Energy’s Sabine Pass LNG export terminal is the largest in the United States and has a capacity of approximately 30 million tons of LNG per year. The first of Sabine Pass’s five operating liquefaction units (trains) came online in February 2016, and the most recent one began commercial operations in March 2019.

Sempra’s Cameron LNG terminal began operation in May 2019, and its third liquefaction train started operations in May 2020. With that train operating, Cameron LNG’s capacity is 12 million tons of LNG per year. 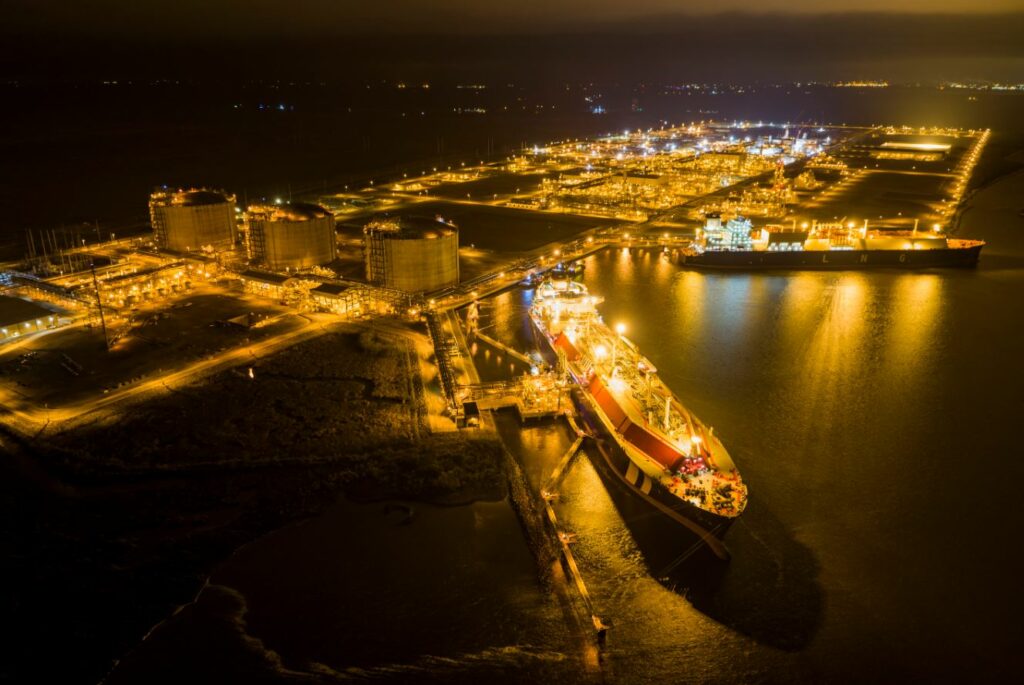