The Shell-led LNG Canada project in Kitimat Harbour is progressing through the “going vertical” stage.

Three large pieces of equipment weighing nearly 1,000 tonnes have arrived in Kitimat. The equipment is critical to the gas liquefaction process.

LNG Canada is a major liquefied natural gas (LNG) project currently under construction on the west coast of Canada, in Kitimat, British Columbia. It costs $17 billion.

Its production capacity is planned at 14 million tonnes per annum (mtpa) from the first two trains, with the potential to expand to four trains in the future.

The first LNG shipment is expected before the middle of the next decade.

LNG Canada CEO Peter Zebedee said: “Taking delivery of our first main cryogenic heat exchanger and precoolers is another significant milestone for the LNG Canada project, and represents a number of firsts for us. It’s our first opportunity to receive critical infrastructure at our new material offloading facility, and our first heavy equipment transport along our new haul road to our main construction site.”

“We’re making tremendous progress in 2021, and we’ll be reaching more major milestones, safely, in the weeks and months to come,” he added.

According to Shell, LNG Canada is designed to achieve the lowest carbon intensity of any LNG project in operation today, helped by the partial use of hydropower.

The stakeholders of the project are Shell at 40 per cent, PETRONAS at 25 per cent, PetroChina at 15 per cent, Mitsubishi Corporation at 15%, and KOGAS at 5%. 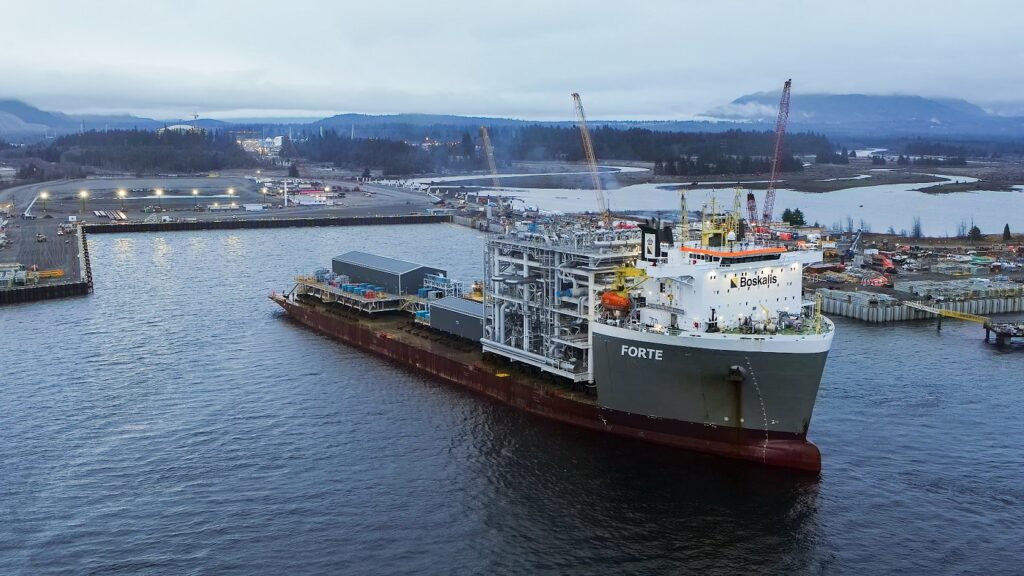