The successful naming of No.3 and No.4 35,500 DWT self unloading vessel indicates the new building has entered a final crucial stage, which will move the building efficiency and speed for both ships upwards a new step.

Besides, he considered the naming of No.4 35,500 DWT SUL vessel a miniature of win-win development between both companies, and CSL would continue to give their full trust to Chengxi Shipyard and promote senior cooperations.

Finally, the No.4 35,500 DWT SUL vessel was successfully named into “Baie Comeau” by Mrs. Laurence Martin. 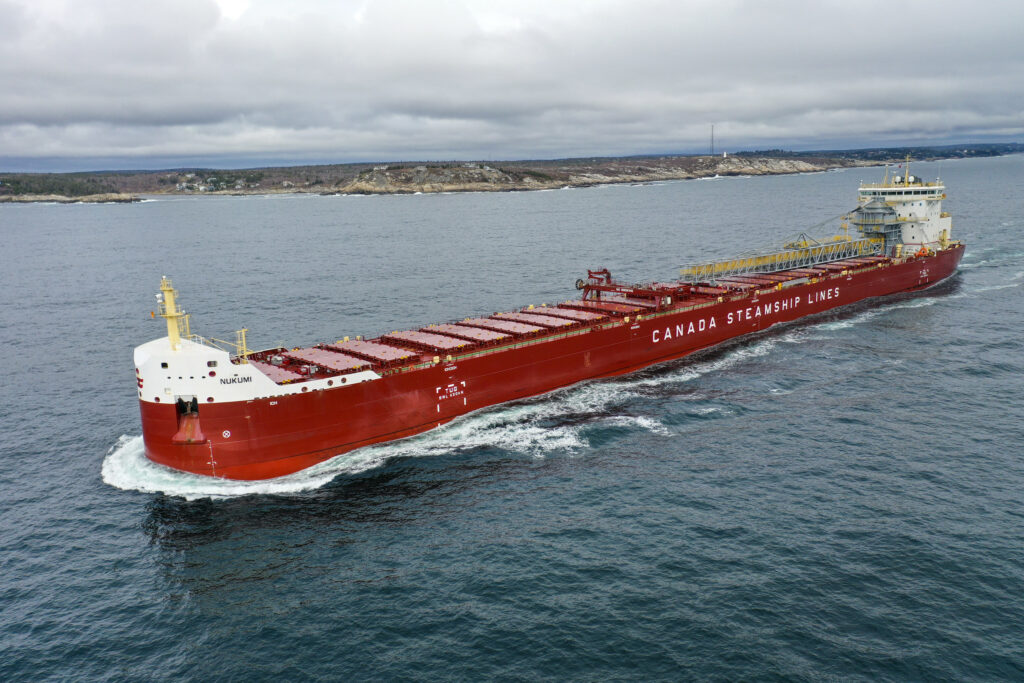