ClassNK to Reveal MOL Comfort Findings by End of September

The cause of MOL Comfort’s fire and subsequent sinking from summer 2013 will be revealed by the end of September, according to the announcement issued by ClassNK.

ClassNK established the Investigative Panel on Large Container Ship Safety, comprised of experts from shipbuilders, shipowners and academic institutions, to investigate the possibility of casualty occurrence and consider and examine safety of the large containership’s structure.

As explained by ClassNK, the Panel has met six times so far over the course of its investigation, and is currently consolidating its findings and observations into a report, scheduled for release by the end of September.

The casualty of MOL Comfort which occurred on 17 June 2013, has been under investigation for over a year now by various bodies and based on preliminary findings,  the fracture in the vessel’s hull is considered to have originated from the bottom part of the vessel.

During the inspections of the sister vessels, buckling type deformations measuring approximately 20mm in height were observed on the bottom shell plates in the vicinity of center line of midship area. However, it was unclear as to whether this type of deformation could have served as a trigger for the casualty. Reinforcement work to increase the hull strength of the sister vessels was already being carried out as a preventative safety measure.

With cooperation from shipowners, structural investigations are also being carried out to determine whether similar deformations have occurred in large container vessels with designs differing from those of the MOL Comfort. 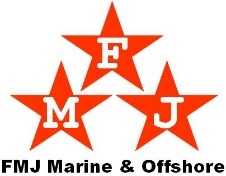