Keppel said on Thursday that this collaboration was aimed at accelerating the development of energy-efficient carbon capture, utilisation, and sequestration (CCUS) system that can lead to a low-carbon economy and potential commercial developments for Singapore.

Carbon emissions make up 97 per cent of Singapore’s total greenhouse gas emissions. Under the Paris Agreement, Singapore has pledged to reduce its emissions intensity by 36 per cent from 2005 levels by 2030.

Also, the Singapore Government announced its long-term strategy to halve emissions from its 2030 peak and achieve net-zero emissions as soon as viable in the second half of the century.

To this end, the partnership will develop CCUS technologies which will be implemented in Singapore’s key industries such as energy, chemicals, and construction.

Under the MOU, the four companies will jointly explore, identify, and develop mature carbon capture technologies, coupled with novel technologies that utilise cryogens, membranes, and hydrogen.

When commercially viable, the CCUS technologies are expected to help reduce carbon intensity across the industry sectors and help Singapore halve emissions from its peak to 33 million tonnes of CO2 emissions (MtCO2e) by 2050.

“This MOU augments the different efforts that the Group has taken to reduce the carbon footprint of data centre operations, including exploring floating data centres as well as LNG and hydrogen infrastructure for power generation.

“The CCUS technologies are scalable and can potentially be implemented in Keppel Data Centre’s local and overseas operations, as well as other parts of the Keppel Group, thus contributing to the circular economy and advancing climate action”.

Law Tat Win, Chevron Singapore country chairman, stated: “Chevron shares the society’s concerns about climate change. We are committed to advancing technologies and forming strategic partnerships in our efforts to deliver reliable, and ever cleaner energy. I am excited that Chevron will be working with like-minded partners in Singapore to progress polymeric membrane research for carbon capture solutions across various applications and industries”.

Wong Heang Fine, Group CEO of Surbana Jurong added: “Together with our partners, we are excited about exploring new solutions in carbon capture, use and storage that can scale and be commercially deployed to help us get to a net-zero future”.

Carbon capture and hydrogen are all the rage

Carbon capture, or CCS, is slowly becoming a go-to technology for solving the carbon emissions problem and it is often followed with solutions for hydrogen production.

On Wednesday, oil major Equinor announced it was leading a project to develop one of the UK’s – and the world’s – first at-scale facilities to produce hydrogen from natural gas in combination with carbon capture and storage.

The company already has such projects in Norway like the Sleipner CCS project and is also developing the Northern Lights offshore CCS project in cooperation with Shell and Total.

The consortium is maturing one of the most progressed carbon capture and storage projects inside Danish jurisdiction and targets the development of CO2 storage capacity offshore Denmark based on reusing discontinued offshore oil and gas fields for permanent CO2 storage.

It is worth noting that Keppel, Mitsubishi Heavy announced a study for the use of hydrogen to power data centres in Singapore. 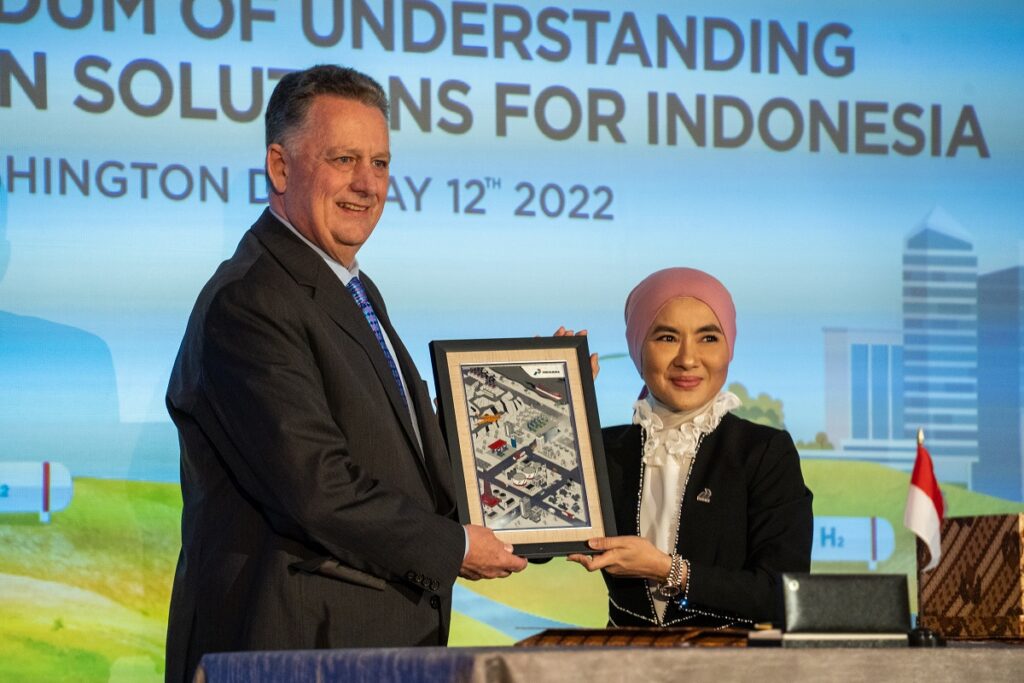 Chevron and Pertamina team up for lower carbon business in Indonesia
Posted: 5 days ago
Three organisations teaming up to unlock UK’s full carbon capture and storage potential
Posted: 13 days ago
Chevron joins JV for development of offshore carbon capture and sequestration hub
Posted: 14 days ago
Aker Carbon Capture and Microsoft to scale up CCUS value-chain with power of tech
Posted: about 1 month ago
Singapore’s Keppel and SembMarine sign a ‘win-win agreement’ to merge
Posted: 21 days ago