The consortium is maturing one of the most progressed carbon capture and storage projects inside Danish jurisdiction and targets the development of CO2 storage capacity offshore Denmark based on reusing discontinued offshore oil and gas fields for permanent CO2 storage, Maersk explained on Wednesday.

The project has received support from the Energy Technology Development and Demonstration Program (EUDP) via the Danish Energy Agency.

As part of its commitment to the consortium, Maersk Drilling said it has pledged to contribute know-how and limited funding to the initial phases of the project.

The project aims at building infrastructure and capabilities that will enable CO2 captured in onshore facilities to be transported offshore for injection and storage beneath the seabed.

The first phase of the project will be a feasibility study to validate reservoir compatibility, followed by a pilot to test CO2 injection.

The Geological Survey of Denmark and Greenland (GEUS) will act as a research partner to the project, conducting specialised laboratory experiments and results analysis.

The target is to have the first well ready for injection from the Nini platform offshore Denmark in 2025.

Longer-term, the goal is to develop the capacity to store approximately 3.5 million tons CO2 per year by 2030, matching the Danish Climate Council’s recommendations of actions needed to meet Denmark’s 70 per cent reduction target.

Maersk Drilling expects that its offshore rigs will be used to repurpose the existing oil and gas wells for CO2 injection.

Maersk Drilling CEO, Jørn Madsen, said: “We’re really excited to be joining this effort to support the green transition by using the facilities and capabilities of the offshore industry and Maersk Drilling’s more than 40 years of experience with drilling wells in the North Sea.

“As the Danish government recently stated in its climate plan, carbon capture and storage is an important component in the efforts needed to reach the goal of reducing Denmark’s emissions by 70 per cent by 2030.

“For Maersk Drilling, the project is part of our innovation initiatives and an attractive opportunity for building additional competencies and broadening the use of our rigs”.

Hugo Dijkgraaf, Chief Technology Officer of Wintershall Dea, said: “At Wintershall Dea we are very certain: the global energy transition is happening, and we intend to play a decisive role in it. One way we will do so is through technology and innovation projects like this.

“Offshore CO2 storage can have a significant contribution to a cleaner energy future and the potential to significantly mitigate CO2 emissions in Denmark”.

“Thus, we really appreciate the support of the Danish authorities to fund this important endeavour”.

In addition to participating in the offshore carbon storage consortium, Maersk Drilling is working to reduce the emissions associated with offshore drilling in multiple ways. This includes the first-ever rig to operate onshore power and the upgrade of two jack-ups to hybrid, low-emission rigs.

Storing CO2 beneath the sea

The project aims to store CO2 captured onshore 1700m beneath the seabed.

For the onshore capture, proven carbon capture technology can be used at carbon-intensive facilities, for example, industrial plants or power plants.

The captured CO2 will be bunkered in ports and transported by ship to the offshore storage platform which will reuse existing infrastructure originally built for oil and gas production.

At the offshore platform, the CO2 will then be injected for permanent storage beneath the seabed using repurposed oil and gas wells.

In related news, Norway is also working on its carbon capture and storage efforts as part of the Northern Lights project.

Namely, Equinor, Shell, and Total have joined forces and hammered out the Northern Lights project, which is part of the full-scale CCS project in Norway.

The three majors in May 2020 made a decision to invest in the Northern Lights project in Norway’s first exploitation licence for CO2 storage on the Norwegian continental shelf and handed over plans for development and operation to the Norwegian Ministry of Petroleum and Energy. 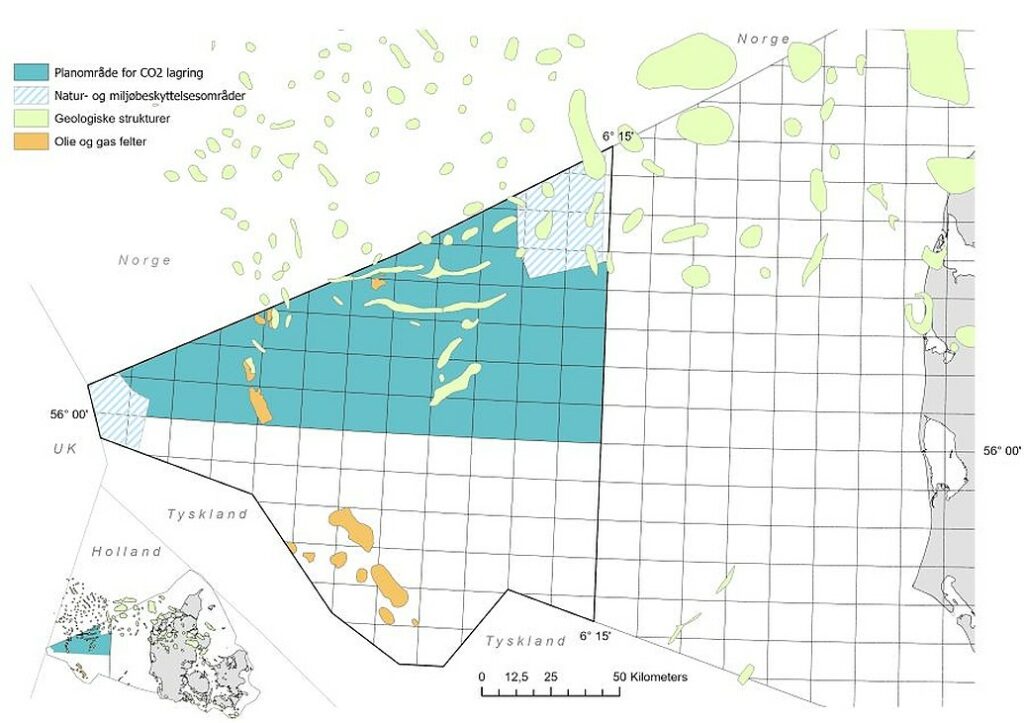