KNOT is a joint venture company between NYK and TS Shipping Invest AS (TSSI), the parent company of the Knutsen Group.

DSME said that the 870,000 bbls shuttle tankers are expected for delivery in the second half of 2022. The construction contract includes options for additional units.

Once delivered, the shuttle tankers will start working for Eni Trading & Shipping S.p.A, a subsidiary of ENI, headquartered in Italy, under a long term charter.

The ships will be dedicated to shuttle crude oil produced in waters off the North Sea and the Barents Sea.

As informed, the 124,000-tonne tankers will feature Dynamic Positioning Systems, Volatile Organic Compounds (VOC) Recovery Systems and will be fulled by LNG.

The latest charters are the third and fourth long-term time-charter shuttle-tanker contracts between ENI and KNOT.

A spokesperson of DSME said that in 2020 the shipbuilder will strive to win orders from diverse shipping sectors, including LPG carriers and shuttle tankers, in addition to its flagship products such as LNG carriers, and super large crude oil carriers.

DSME has set a target for this year of USD 6.8 billion worth of orders. 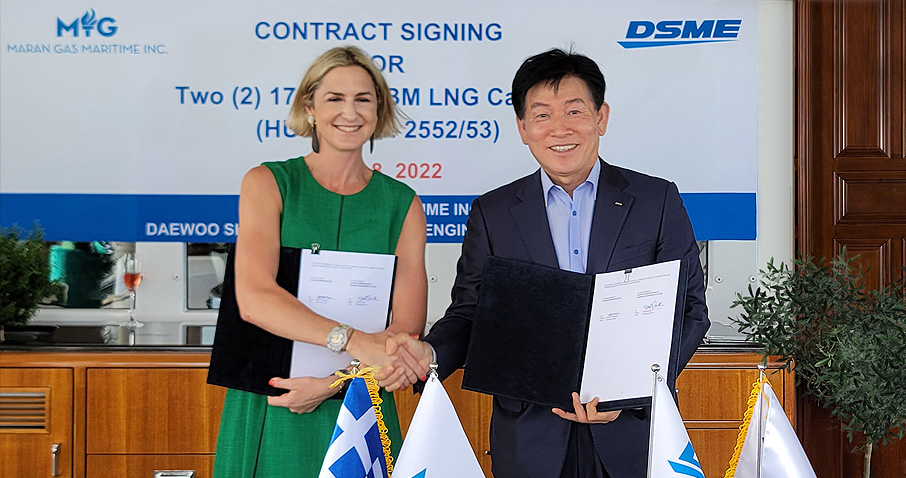