The European Bank for Reconstruction and Development (EBRD) is stepping up its support for Energean Oil & Gas, the only oil and gas producer in Greece, with an additional $20 million subordinated loan to the company, following the previously announced $75 million financing package.

The loan will support the exploration of the Prinos Basin as well as the firm’s new projects in Western Greece.

Energean is a privately owned independent exploration and production (E&P) company with a regional focus on the southern and eastern Mediterranean area and a diversified portfolio of production, development and exploration assets in Greece and Egypt.

Apart from 30 million barrels of proven and probable oil reserves that the firm has been developing in the Prinos oilfield, Energean has 28 million barrels of contingent resources in the same licence, where significant exploration potential was also identified in a 2015 seismic survey.

Moreover, EBRD says, a potential upside stems from the ongoing exploration activity in the onshore Ioannina and the offshore Katakolon blocks in Western Greece and the seismic survey conducted in Egypt earlier this year.

The new financing follows a $ 75 million loan agreed earlier this year which was related to the ongoing investment programme for the development of the Prinos offshore oil-producing field. The new EBRD loan will also support the introduction of new technology, investments to avoid gas flaring and a number of resource efficiency investments to optimise the supply and use of energy.

The loan contract was signed in Athens by Riccardo Puliti, Managing Director, Head of Energy and Natural Resources in the EBRD, and Mathios Rigas, Energean’s Chairman and CEO

Sabina Dziurman, EBRD Regional Director, Greece and Cyprus, said: “After our first agreement in March we are very pleased to have a second signing today. It underlines our confidence in Energean, a truly remarkable and impressive Greek company with great potential, and our commitment to its further success. This marks the beginning of a partnership on which will all be able to build.”

Rigas, from Energean Oil & Gas, said: “Energean has the vision to become the leading independent E&P company in the wider Mediterranean and North Africa, and the EBRD’s new financing secures the implementation of our ongoing exploration projects. Our 35-year experience and know-how guarantee that all projects will be executed in absolute safety for the local communities and the natural environment and are set to lead to new hydrocarbon discoveries in the area. We are proud of and grateful for the EBRD’s trust and support.”

The EBRD started investing in Greece on a temporary basis in 2015 to support the country’s economic recovery. In addition to strengthening the financial sector, the Bank’s other priorities are support for privatisation, infrastructure development and the regional integration of the Greek economy. 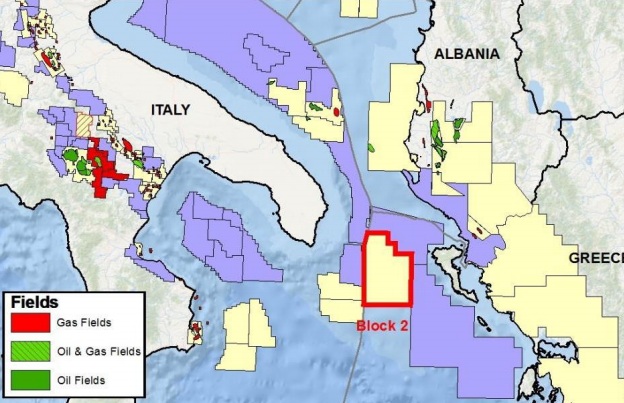