Chrysaor Limited, the operator the Lomond to Everest pipeline that experienced blockage during cleaning operations in January 2018, has put focus on the pipeline bypass programme, which will further delay the restart of Chevron’s Erskine field in the UK Central North Sea.

According to Serica Energy, the blockage, believed to be due to a deposit of wax in the pipeline, has caused Erskine field production to be shut-in.

Chrysaor has since been attempting to resolve this problem but has been unable to achieve a significant breakthrough. Therefore, the decision has been made to cease clearance operations and instead concentrate on accelerating the pipeline bypass programme and on running an extended maintenance programme.

Plans to lay a new 26km length of pipeline to bypass the zone affected by wax deposits have been progressing. An order was placed with the pipeline manufacturers in February and a route survey has been completed.

Approvals for the work from the authorities are expected in July and construction is scheduled for August, with production restart expected in September. Once laid, a proactive cleaning programme will start in order to maintain the pipeline through high frequency pigging.

As a significant maintenance programme was already planned for this summer, the Lomond operator has taken the opportunity to extend this, performing further, pre-emptive maintenance on the platform whilst it is hydrocarbon free.

Mitch Flegg, CEO of Serica Energy, said: “While we are disappointed that efforts by the Lomond field operator to clear wax from the Lomond condensate export line have not been successful we are pleased that plans to achieve a permanent solution for this recurring problem are progressing well.

“The operator is taking the opportunity to perform significant extra maintenance work during the planned 2018 Lomond shutdown. This should lead to improved performance later this year and in future years to the long-term benefit of the Erskine field. Although this is expected to extend the Erskine shut in to September, there was no certainty that the clearance work would have been  successful but would have still incurred additional ongoing cost.” 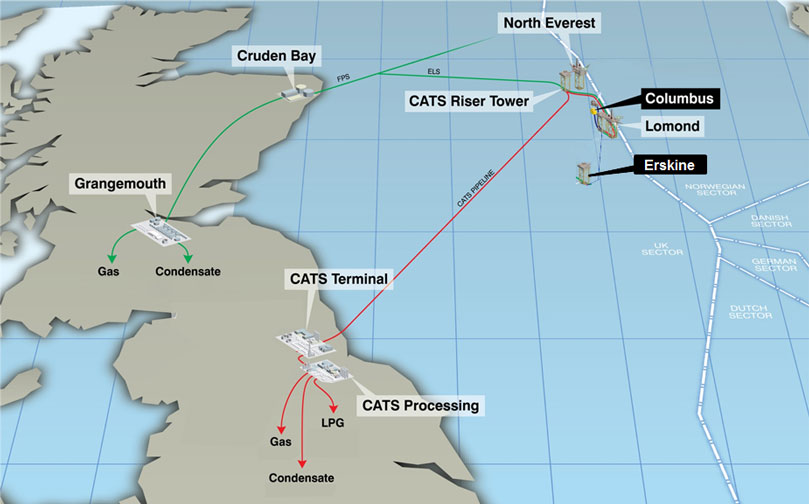