Ever Given arrives in Suez Canal first time after grounding

Ever Given, the giant containership that ran aground in the Suez Canal in March, will be traveling through the waterway in the upcoming hours.

The vessel is traveling through the channel in the opposite direction that it was heading back in March when it ran aground.

“The container vessel is preparing to cross the waterway from north to south,” the Suez Canal Authority told the Russian news agency TASS.

“Extra security measures will be taken while escorting the ship,” the port authority also noted.

Two tugs (one ahead of it and one in the rear) are escorting the ship through the canal, while special attention will be given to its narrowest part, where the incident occurred.

According to the Marine Traffic data, Ever Given is currently sailing through the Red Sea.

The Panama-flagged containership reached its planned destination in Rotterdam on 29 July 2021, almost four months after it got stuck in the Suez Canal.

After being dislodged, it was held by the SCA under court order while the authority sought compensation from the vessel’s Japanese owner Shoei Kisen and its insurers.

Global trade was disrupted as hundreds of ships had to wait to pass through the 193km canal.

About 15% of world shipping traffic transits the Suez Canal, the shortest shipping route between Europe and Asia. 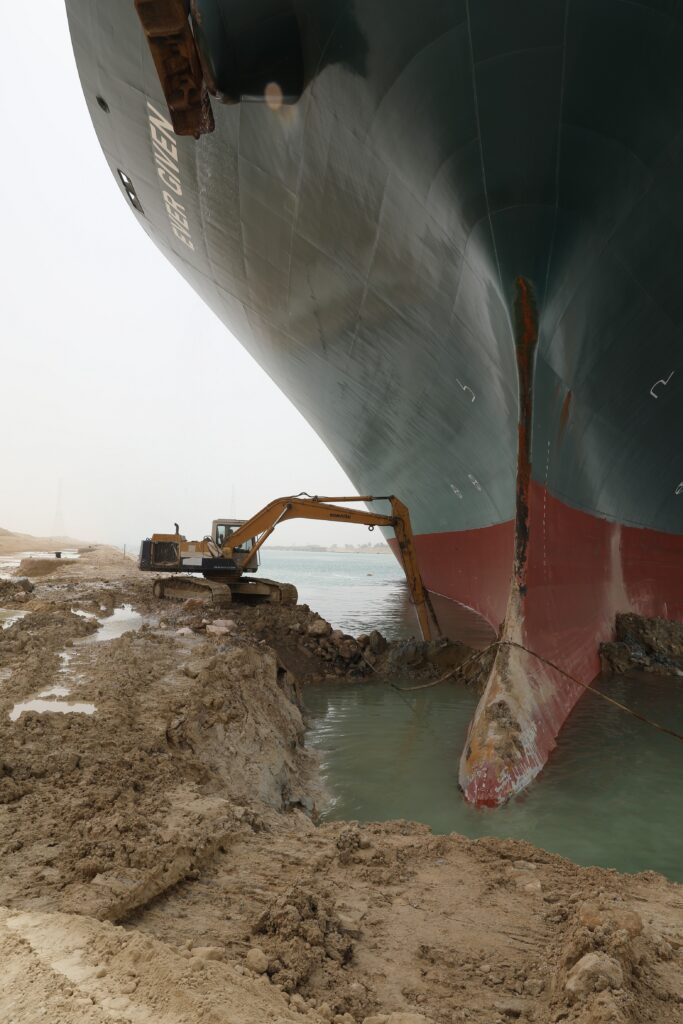