The transaction by which Geveran’s LNG assets and Exmar’s LNG assets and infrastructure will be transferred to the newly formed giant is expected to close during the third quarter of 2015, Exmar informed in a statement.

Once the transaction is completed, Exmar LNG will own interest in six LNG carriers, four of which are under construction and will feature MEGI propulsion systems. The company will also own interest in five FSRU’s, one of which is to become world’s first regasification barge and two FLNG’s, and respective time charter and exclusivity agreements.

The Caribbean FLNG currently under construction at Wison Offshore & Marine shipyard in Nantong, China, is scheduled for delivery in the first quarter of 2016 on a fifteen-year contract to Pacific Rubiales.

With an enterprise value of $2.3 billion and an equity value of approximately $823.3 million, Exmar LNG will become one of the largest independent floating LNG infrastructure players in the world, integrating liquefaction, shipping and regasification assets.

Upon completion of the transaction, Exmar will own 64.6 percent while Geveran Trading will own a 30.7 percent stake in the joint venture. 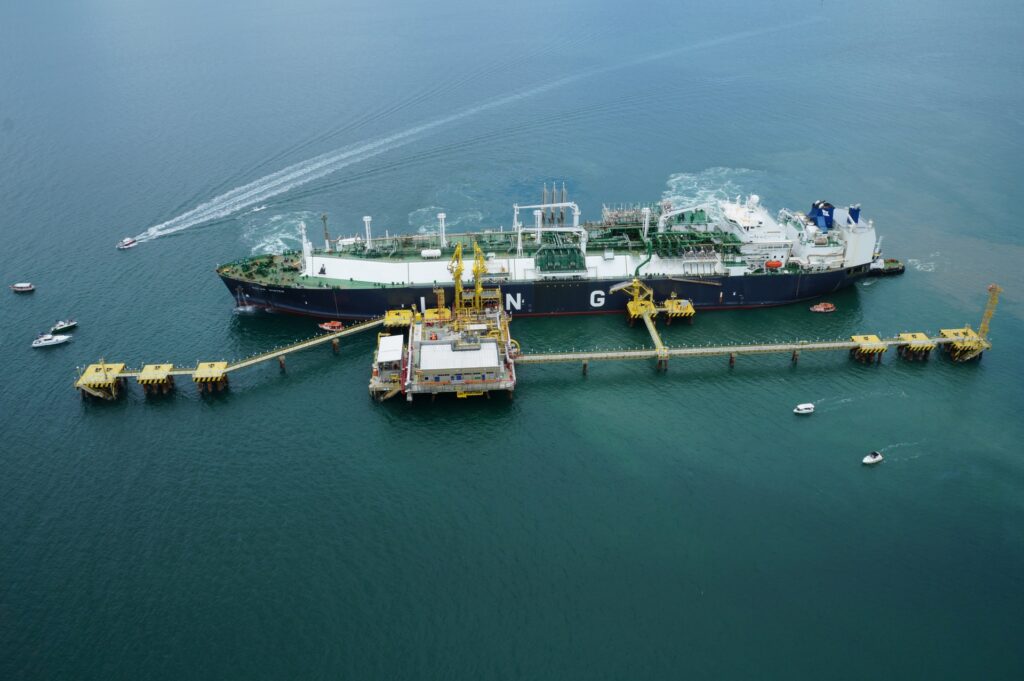