Equinor has concluded the drilling of a wildcat well 6605/1-2 S and an appraisal well 6605/1-2 A, located in production license 1128, where the company acts as the operator with an ownership interest of 70 per cent, while other licensees are Petoro (20 per cent) and Wintershall Dea Norge (10 per cent). These are the first and second exploration wells in this license, awarded in APA 2020.

The Norwegian giant secured a drilling permit for this prospect, which is called Obelix Upflank, in September 2022 and the wells were drilled using Odfjell Drilling’s Deepsea Stavanger rig. The water depth at the site is 1,190 metres. The wells were drilled around 23 kilometres south of the Irpa field, which is currently being developed in the northern part of the Norwegian Sea, and 350 kilometres west of Sandnessjøen.

On the other hand, the well 6605/1-2 A proved a 12-metre gas column in the uppermost sandstone layer, with moderate to good reservoir quality. No gas/water contact was encountered. The deeper sandstone layers are water-bearing.

The preliminary estimates place the size of the discovery between 2 and 11 billion standard cubic metres (Sm3) of recoverable gas and the licensees plan to assess further delineation of the discovery and tie-in to the Irpa field. The wells were not formation-tested, but extensive data collection and sampling have been carried out.

The wells 6605/1-2 S and 6605/1-2 A were drilled to respective vertical depths of 3,330 metres and 3,327 metres below sea level and were terminated in the Springar Formation in the Upper Cretaceous. These wells have been permanently plugged and abandoned, outlined the Norwegian Petroleum Directorate.

First discovery on NCS in 2023

In a separate statement, Equinor confirmed that the Obelix Upflank gas discovery is estimated at between two and eleven billion standard cubic metres of recoverable gas, or about 12.6-69.2 million barrels of oil equivalent. The company highlighted that this is the first discovery made on the Norwegian continental shelf (NCS) in 2023.

Grete B. Haaland, Equinor’s senior vice president for Exploration and Production North, remarked: “We need to find more gas on the NCS. Discoveries near existing infrastructure require less volume in order to be commercially developed, and can be quickly put on stream with low CO2 emissions. We will together with our partners consider tie-back of this discovery to Irpa, for which we recently submitted a plan for development and operation.”

Equinor underlined that Irpa is a subsea development that will be tied back to the Aasta Hansteen platform to extend the life of Aasta Hansteen by seven years – from 2032 to 2039 – and contribute to more activity at the supply base in Sandnessjøen, for the helicopter base in Brønnøysund, and for the operations organisation in Harstad.

Equinor is the operator of the Irpa gas field with a 51 per cent interest while its partners include Wintershall Dea (19 per cent), Petoro (20 per cent), and Shell (10 per cent). The Irpa discovery will be developed through three wells and an 80-kilometre pipeline to Aasta Hansteen, which was discovered by BP in 1997. Equinor acts as the operator since 2006.

Located 300 kilometres from the shore, northwest of Sandnessjøen in Nordland county, Aasta Hansteen started production in December 2018. The closest installation (Norne) is 140 kilometres away, and the field is 500 kilometres from Nyhamna, the nearest gas infrastructure with available capacity.

The expected recoverable volume, including Snefrid North, is 55.6 billion standard cubic metres (Sm3) of gas and 0,6 million Sm3 of condensate. This corresponds to 353 million barrels of oil equivalent. The gas is dry and has a low CO2 content.

Regarding Equinor’s other recent activities, it is worth noting that the Norwegian giant was awarded 26 new production licenses – 18 licenses as an operator and eight as a partner – in APA 2022.

Out of Equinor’s 26 recently awarded licenses, 16 are in the North Sea, nine in the Norwegian Sea, and one in the Barents Sea. In 2023, the firm plans to participate in 25 exploration wells, most of them around existing infrastructure. 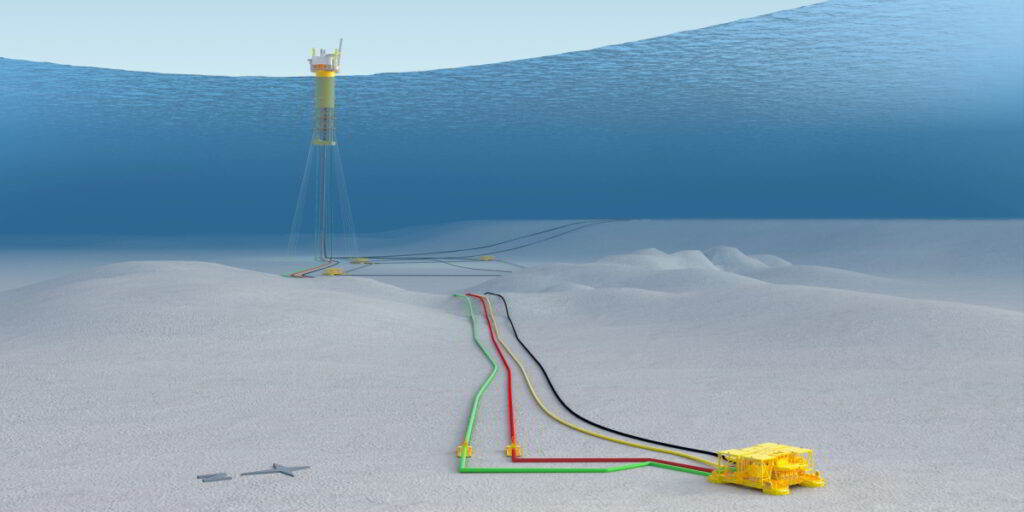