Norwegian authorities have issued consent for the start-up of the Dvalin field in the Norwegian Sea. Operator Wintershall Dea estimates that it can recover 18 billion standard cubic metres of gas from the field.

The operator’s investment projection for the development is approx. NOK 11 billion ($1.2 billion), the Norwegian Petroleum Directorate (NPD) said on Wednesday.

The directorate added that Wintershall Dea expects to start up the field in November/December.

The field is located in production license PL435. It consists of two structures situated 3.5 kilometres apart. Dvalin øst was proven in 2010 and Dvalin vest in 2012.

Dvalin is being developed as a subsea field tied back to Heidrun, which lies some 15 kilometres to the northwest.

The wellstream from Dvalin will be sent to the Heidrun field for further processing and export.

Equinor, as the operator of the Heidrun field, received consent from the Petroleum Safety Authority (PSA) for the use of facilities to link the Dvalin field to the Heidrun field in March 2020.

The gas will be exported via the Polarled pipeline into Nyhamna in Central Norway.

The condensate will be routed to the existing process plant on Heidrun and onward via the Heidrun storage ship to tankers for further transport to an oil refinery.

“The development of Dvalin is a textbook example of good utilisation of existing infrastructure in the area”, says Tove Francke, Assistant Director for Development and Operations in the Norwegian Petroleum Directorate.

Dvalin was planned as a development with four vertical production wells, two for the eastern part and two for the western part of the field.

Drilling and completion of the four production wells started in August 2019, using the Transocean Arctic drilling rig. The drilling phase is now complete. 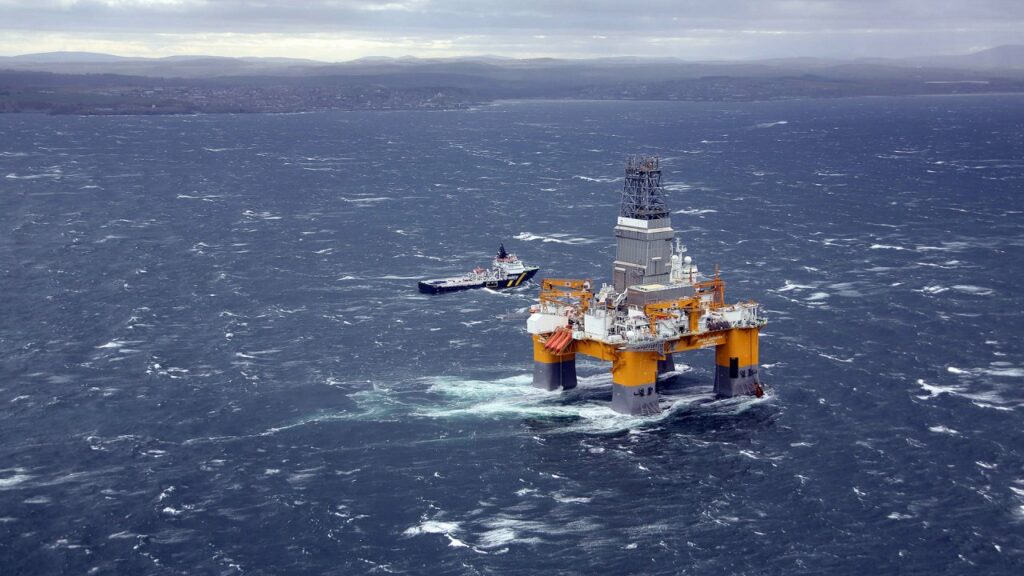