A Sikorsky S-92 helicopter, operated by Bristow Helicopters in Norway, made an emergency landing on a North Sea platform late Friday.

The helicopter, according to a Bristow statement shared by Helihub.com, made a safe precautionary landing on an offshore installation after a cockpit warning light illuminated at approximately 1700 hrs, Friday, October 4.

The aircraft was flying to the BP-operated Vallhal platform to make a crew change, but had to fly back to Stavanger because of the fog, when the incident occurred.  When the warning light turned on, they were around 17 nautical miles from the abandoned Yme platform, so the pilots decided that it was the best place to make the landing.

The visibility was very low, and, according to Aftenbladet, the fact that the platform, despite being deserted, had the helideck lights turned on, was a decisive factor for the safe landing.

A Sea King rescue helicopter was then sent from Stavanger to the Yme platform, which has been unmanned for over a year now, to pick up the 12 workers and 2 pilots. 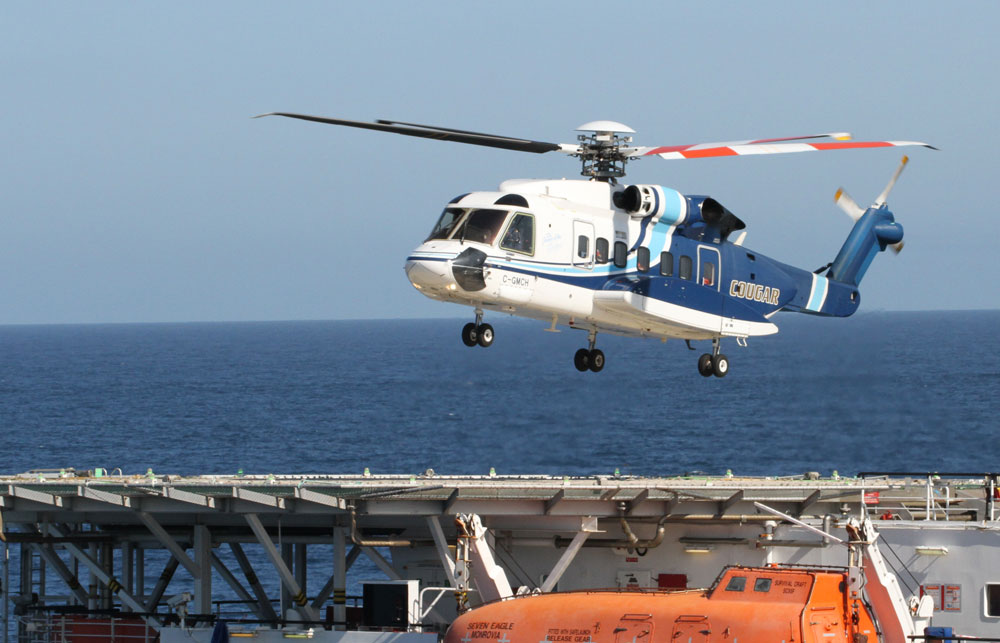