How Russia sold its oil jewel — without saying who bought it

MOSCOW/LONDON/MILAN (Reuters) – More than a month after Russia announced one of its biggest privatisations since the 1990s, selling a 19.5 percent stake in its giant oil company Rosneft, it still isn’t possible to determine from public records the full identities of those who bought it.

The stake was sold for 10.2 billion euros (£180 billion) to a Singapore investment vehicle that Rosneft said was a 50/50 joint venture between Qatar and the Swiss oil trading firm Glencore.

Unveiling the deal at a televised meeting with Rosneft’s boss Igor Sechin on Dec. 7, President Vladimir Putin called it a sign of international faith in Russia, despite U.S. and EU financial sanctions on Russian firms including Rosneft.

“It is the largest privatisation deal, the largest sale and acquisition in the global oil and gas sector in 2016,” Putin said.

It was also one of the biggest transfers of state property into private hands since the early post-Soviet years, when allies of President Boris Yeltsin took control of state firms and became billionaires overnight.

But important facts about the deal either have not been disclosed, cannot be determined solely from public records, or appear to contradict the straightforward official account of the stake being split 50/50 by Glencore and the Qataris.

For one: Glencore contributed only 300 million euros of equity to the deal, less than 3 percent of the purchase price, which it said in a statement on Dec. 10 had bought it an “indirect equity interest” limited to just 0.54 percent of Rosneft.

In addition, public records show the ownership structure of the stake ultimately includes a Cayman Islands company whose beneficial owners cannot be traced.

And while Italian bank Intesa SanPaolo leant the Singapore vehicle 5.2 billion euros to fund the deal, and Qatar put in 2.5 billion, the sources of funding for nearly a quarter of the purchase price have not been disclosed by any of the parties.

“The main question in relation to this transaction, as ever, still sounds like this: Who is the real buyer of a 19.5 percent stake in Rosneft?” Sergey Aleksashenko, a former deputy head of Russia’s central bank, wrote in a blog last week.

Glencore would not comment on the identity of the Cayman Islands firm or give a further explanation of how ownership of the 19.5 percent stake was divided.

The Qatari Investment Authority said it would not comment on the deal, beyond confirming that it has participated in it.

Rosneft declined to respond to questions posed by Reuters, including a request for comment on how ownership of the 19.5 percent stake was divided, information about the identity of the Cayman Islands buyer, or details of the source of any undisclosed sources of funds.

The Kremlin did not respond to a list of questions about the deal sent by Reuters.

Like many large deals, the Rosneft privatisation uses a structure of shell companies owning shell companies, commonly referred to in Russia as a “matryoshka”, after the wooden nesting dolls that open to reveal a smaller doll inside.

Following the trail of ownership leads to a Glencore UK subsidiary and a company that shares addresses with the Qatari Investment Authority, but also to a firm registered in the Cayman Islands, which does not require companies to record publicly who owns them.

One of the partners in QHG Holding is QHG Cayman Limited, registered at an address of the Cayman Islands office of Walkers, an international law firm.

Jack Boldarin, Walkers managing partner in London, told Reuters the law firm would not be able to confirm whether any company was its client, or comment further.

The use of an offshore company is by itself no indication of wrongdoing, but it can make it impossible to determine the true owner of an asset from public records.

The Singapore vehicle is also the borrower for Intesa’s 5.2 billion euro loan, and QHG Holdings, the London partnership that includes the Cayman Islands firm, is a guarantor of that debt.

Banking experts say Intesa would be required by “know your customer” rules to verify the borrowers’ identities. Regulators would exercise heightened scrutiny because of the size of the deal and the need to comply with sanctions on Russia.

Reuters asked Intesa whether it knew who the beneficial owners of the Cayman company were. The bank replied with a statement: “Intesa Sanpaolo does not comment on the details of its client operations. But we wish to reiterate that the financing was completed with strict adherence to the regulations applicable to embargoes. Italian authorities found nothing that would prohibit such an operation.”

The Italian central bank, which serves as Italy’s banking regulator, declined to comment.

(For a graphic showing the ownership of the privatised stake, click on: https://tmsnrt.rs/2jJvBpk )

If the full identity of the new owners of the Rosneft stake is a mystery, so too is the complete source of the funds with which they bought it.

Glencore has said this additional money came from other, undisclosed banks, including Russian banks, but has given no further details. The Qataris and Rosneft have declined to comment on the source of this funding.

The purpose of Russia’s privatisation programme is to attract overseas money to cover a budgetary shortfall caused by low oil prices and Western sanctions. Putin has therefore banned Russian state-owned banks from participating in the financing of privatisation deals, which would defeat the aim of bringing in foreign capital.

But public records in Singapore show that Russia’s second-largest bank, state-controlled VTB, loaned the Singapore vehicle QHG Shares the full 10.2 billion euros that it paid to the Russian state last month to buy the stake.

VTB held the 19.5 percent Rosneft stake as collateral for that loan for part of December, before relinquishing it back to Rosneft’s state-owned parent company Rosneftegaz, which in turn relinquished it back to the Singapore vehicle when Intesa’s loan arrived in January.

VTB and Rosneft say VTB’s role in the deal was solely to reduce market turbulence which would have arisen if the 10.2 billion euros had arrived abruptly from abroad to be converted to roubles on the open market.

Apart from saying that its role was to reduce market volatility, VTB declined to comment further, including when asked if the full 10.2 billion euros was paid back, or by whom.

Rosneft is the world’s biggest listed oil company by output and, along with natural gas export monopoly Gazprom, one of two crown jewels of the Russian state.

Even at the best of times without the added risk of Western sanctions, there would only be a few foreign investors with deep enough pockets to buy a big stake.

Glencore, one of the main buyers of Rosneft’s crude, has Qatar’s $335 billion sovereign wealth fund, the QIA, as its largest shareholder.

Russia and Qatar have backed opposite sides for years in the war in Syria, but as the world’s two leading natural gas exporters they have good reason to cooperate on energy issues and bury some of their differences over Middle East policy.

“The idea looked appealing to Qatar. They like investing in energy. They saw upside in Rosneft. They saw upside in building relations with Russia, whose role in the Middle East politics is only set to rise,” said one source involved in talks among members of the Qatar/Glencore consortium about the purchase.

According to a source close to Rosneft’s management board, the deal came as a surprise to Rosneft’s shareholders, including Britain’s BP &lt;BP.L&gt;, which itself owns 19.75 percent of Rosneft and is represented on its board.

The Rosneft board learned about the sale from Sechin himself only on Dec. 7, several hours after Sechin recorded his televised meeting with Putin announcing it, the source said.

In response to questions from Reuters, BP said: “Matters of the board of directors are confidential.”

Two sources in the Russian government said the deal was also a surprise there: it had been agreed between Sechin and Putin’s Kremlin, above the cabinet. “Sechin did it all on his own – the government did not take part in this,” one of the sources said. 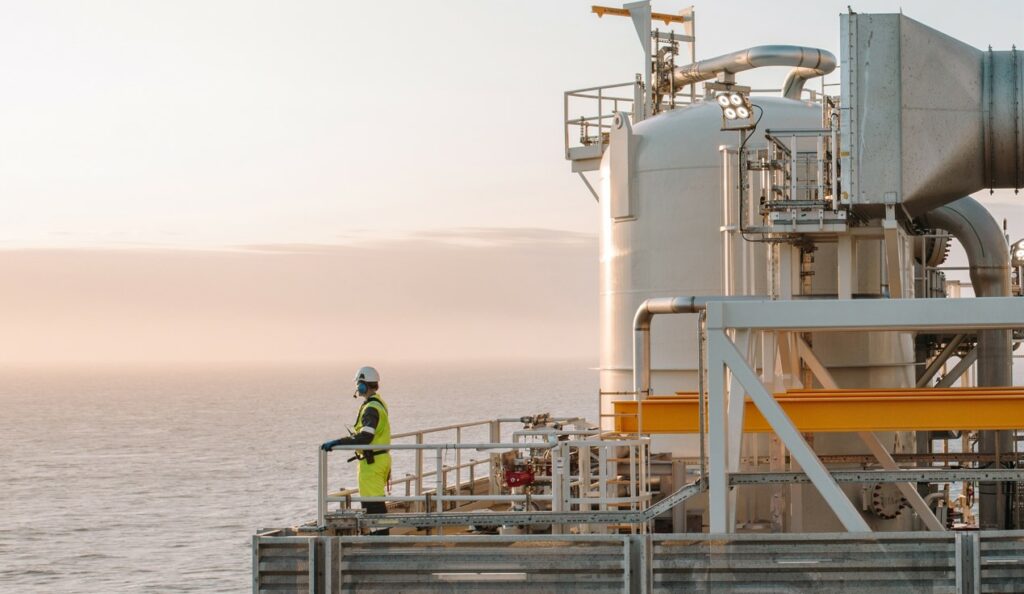 Equinor and Rosneft in carbon management tie-up
Posted: 2 months ago
Russia: Agreement signed for 1st deepwater port complex in the Baltics
Posted: 10 days ago
Premium
Talk show: It’s quite busy on the energy transition dance floor
Posted: about 1 month ago