i3 Energy, an independent oil and gas company, has awarded a drilling contract to a Dolphin Drilling-owned rig and agreed on a sale of an interest in a block offshore the UK. 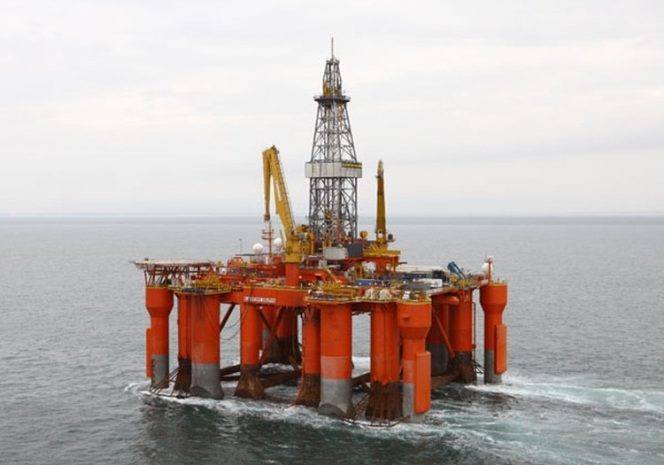 The company said on Thursday it had entered into a drilling contract with Dolphin Drilling to utilize either the Borgland Dolphin or Blackford Dolphin semi-submersible drilling rig for a minimum 82-day program which is due to start not later than September 1, 2020, or as otherwise agreed between the parties, and also has the ability to be extended for a period of 78 days.

The contract is conditional on i3 confirming the availability of funds to satisfy its obligations under the contract, 90 days prior to the beginning of drilling.

i3’s current minimum program for the appraisal drilling consists of two appraisal wells on Serenity plus a sidetrack on each well, contingent on drilling outcomes, at a total expected gross cost of approximately $33 million.

The option program would include wells on the Minos High structure and the Liberator West area in Block 13/23c.

Bjørnar Iversen, Chief Executive Officer of Dolphin Drilling said: “We are extremely pleased to have been awarded this very important contract by i3 Energy under our four-year frame agreement.”

In concert with the drilling contract, i3 has agreed that Dolphin will earn up to a 10% economic interest in Block 13/23c via a Net Revenue Sharing Agreement (NRSA) in exchange for Dolphin forgoing its profit margin above its opex, up to a maximum amount of $14.4 million.

Accordingly, the Dolphin commitment will cover approximately 22% of the total expected gross costs of each of the 2020 Campaign and Option Program.

The “Net Revenue” is revenue from the sale of hydrocarbons from Block 13/23c less all costs for developing and producing those hydrocarbons. Once production from Block 13/23c has been achieved, and after such time as i3 has been repaid 200% of all Block 13/23c development capex costs from associated petroleum revenues, Dolphin will receive a share of field income equal to Dolphin’s interest multiplied by Net Revenue.

Any Dolphin Profit Margin paid by i3 during the 2020 Campaign at its election will decrease the Dolphin interest on a proportional basis. At any time prior to the approval by the UK Oil and Gas Authority (OGA) of a field development plan (FDP) which includes production wells in the 13/23c Block, i3 has the right to purchase the Dolphin Interest by paying Dolphin 125% of the Dolphin commitment.

Following the approval of a Block 13/23c FDP by the OGA to develop more than 25 MMbbls of reserves from production wells on that block, Dolphin has the right to sell its interest to i3 for the Dolphin commitment plus interest accrued at a rate of 8% per annum, and i3 has the obligation to purchase the Dolphin interest upon Dolphin exercising such right.

The company also said it is making good progress in its farm-out process to fund its 2020 drilling program. The data room remains open and companies continue to actively evaluate the opportunity.

The site survey over Serenity and the Minos High area of Liberator West has been completed on time and budget. After all final survey reports are received, i3 will start the technical and environmental work necessary to plan for and permit its Summer 2020 drilling program.

In light of recent world events and their effect on oil and capital markets, the company has been and continues to decrease its corporate operating costs in order to maximize its current resources.

At this stage, i3 is not experiencing any direct impact to its business and does not yet foresee any disruption to its 2020 drilling program from COVID-19.

Majid Shafiq, CEO of i3 Energy, commented: “We are delighted to have executed a drilling contract with Dolphin Drilling for our Summer 2020 appraisal program. Dolphin performed exceptionally well in our 2019 campaign, drilling our wells on time and on budget and without any significant health, safety or environmental issues. Their support announced today not only contributes a significant component to the funding structure for our upcoming drilling campaign but also demonstrates the quality of our licenses.”