The Abadi gas field was discovered in 2000, and the subsequent six appraisal wells and the reservoir study results confirmed sufficient gas reserves for LNG evelopment. In December 2010, the plan of development was approved by the Indonesian Government that the Abadi gas field would be developed in phases and that a Floating LNG (FLNG) plant could be constructed and utilized for an annual production of 2.5 million tonnes for the first phase development. INPEX is now conducting Front End Engineering and Design (FEED) work to ensure successful start-up of the Abadi LNG Project while pursuing future subsequent development utilizing the gas reserves. 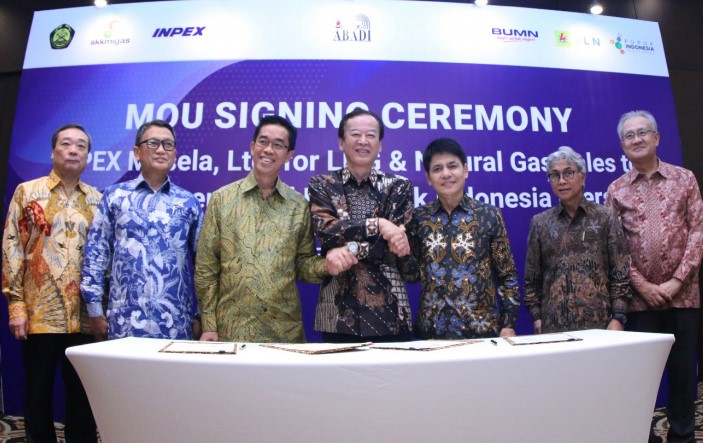