European LNG import infrastructure remains largely underused, however, the small-scale industry is rapidly expanding and is expected to be one of the major growth drivers in the European market as the shipping and trucking industries push for greater use of gas as more environmentally friendly than oil and diesel.

Utilization of the total installed capacity at the European LNG import terminals had been critically low during 2016, a trend that has continued this year with an average rate of about 22 percent, the LNG data by Gas Infrastructure Europe shows.

In order to keep their facilities as attractive as possible, European operators have to constantly optimize utilization at their terminals and foster investments in new LNG infrastructure.

Many of these investments have been related to the small-scale industry. A growing number of LNG terminal operators are offering small-scale opportunities.

This can be seen in many European countries such as the UK, the Netherlands, France, Belgium, Spain and Lithuania.

One of the biggest hubs for the distribution of LNG in Europe and a first-mover in the bunkering industry is certainly the Dutch port of Rotterdam where many developments in the small-scale sector are taking place.

The port is also home of the Dutch first terminal, Gate, where small-scale is a daily business and, as of this year, Shell’s bunker vessel Cardissa regularly loads LNG and delivers the fuel in northwest Europe.

However, as highlighted above, European terminals have been struggling with capacity utilization in the last 2 years and Gate is no exception.

Gate has unloaded 16 cargoes since the beginning of this year as compared to 15 for the whole year of 2016.

Many predicted a “flood” of U.S. LNG coming to Europe after Cheniere’s Sabine Pass export plant in Louisiana started shipping the fuel back in February last year. But, this has not happened, yet.

„The anticipated flood of LNG has still not arrived,“ Stefaan Adriaens, Commercial Manager at the Dutch Gate terminal told LNG World News in an interview. „There has been a bit more LNG coming to Europe this year,“ Stefaan said adding that we could call this trend „a small tide“ rather over a flood.

„In spring we saw more LNG cargoes to Europe, but now it has been redirected to Asia, again, especially to China,“ Adriaens said.

In April, Gate reached a record hourly send out of 75 percent and for the whole month of May the send out averaged about 25 percent of the total monthly capacity.

„ At, that moment, we finally thought the flood of LNG has finally arrived but after May, we have returned again to minimum send out,“ he said.

„We still see a volatility in the European LNG market in volumes and prices… Rapid changes in volumes arriving and leaving will continue even into the next year,” Adriaens said.

Dutch leading in the transshipment sector

Gate reloaded fewer cargoes when compared to the last year. Large reloads dropped from 12 last year to 7 this year to date.

These volumes landed to countries such as Spain, Malta, Jordan and Kuwait.

Overall in Europe, the number of reloads have been decreasing, Adriaens noted. Only the Netherlands and France are regularly shipping cargoes of previously imported LNG to higher-paying markets.

Of the seven reloads, three were three transhipments at Gate this year. This service ensures cargo transshipment directly between two LNG tankers without chilled gas passing through one of Gate’s three 180,000-cbm tanks.

This is due to the opening of the terminal’s third jetty and the arrival of Shell’s bunker vessel Cardissa.

“We still see new customers at Gate, and the fuel being delivered to new countries. For instance, we sent an LNG truck to Austria this year to an industrial customer,” Adriaens said.

„I would say that the combination of small reloads and more truck loadings proves the concept that Gate is becoming a distribution hub for small-scale LNG,“ he said.

Speaking about the recent announcement by the French shipping line CMA CGM in light of the growing bunkering industry, Adriaens tagged it as a “very big and a milestone announcement” for the LNG as fuel industry.

To remind, French shipping line CMA CGM decided to equip nine of its newbuild 22,000 TEU containerships with engines running on LNG.  These vessels are scheduled for delivery in 2020.

“If my calculations are right, those nine ships would consume more fuel than all the LNG-powered vessels currently on water all over the globe,” Adriaens said. 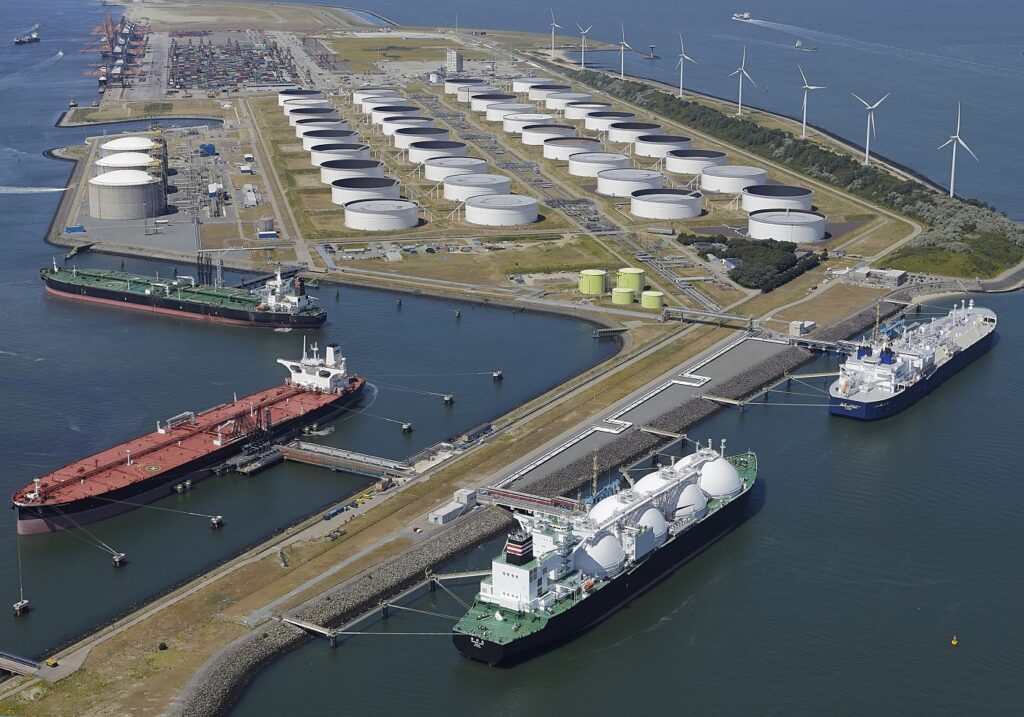