This well has gross mean prospective resource over all target intervals of 272 million barrels of oil, as reported by DeGolyer MacNaughton.

The Blackford Dolphin semi-submersible drilling rig begun mobilization to the Kangaroo-1 well location on the 11th December 2012. The rig is expected to be on location in 5 days after which time it will set anchors and commence pre-spud checks. Spudding is expected in the last week of December.

Kangaroo-1 is located within Blocks S-M-1101 and S-M-1165 and has multiple targets at several geological levels, including the Campanian, Maestrichtian, Eocene and Miocene aged rocks.

Emu-1 and Bilby-1 are expected to be the second well and third wells in the Santos Basin exploration drilling campaign. These wells are located in Blocks S-M-1102, S-M-1137 and S-M-1166, and between them have multiple targets at several geological levels, including the Santonian, Campanian, Maestrichtian, Eocene and Miocene. 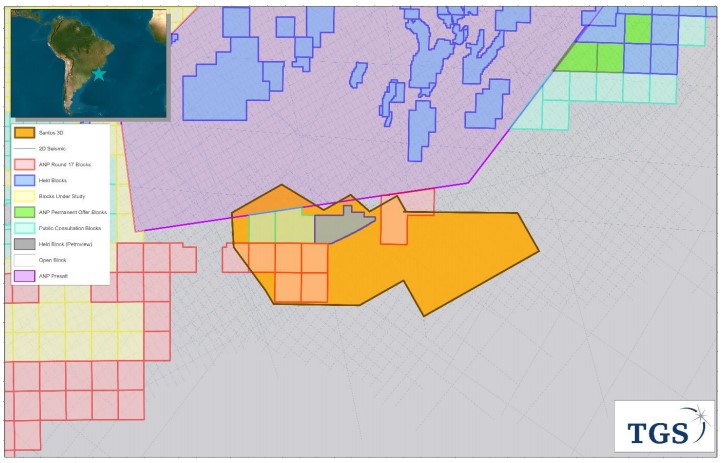