Keppel Offshore & Marine’s subsidiaries, Keppel AmFELS and Keppel Shipyard, have been awarded contracts worth around S$75 million or about $54 million for the refurbishment and completion of two floating production units (FPU). Following completion, these vessels will work in the Gulf of Mexico and Senegal.

As announced by Keppel on Monday, the first contract is by Keppel AmFELS with Salamanca FPS Infra, LLC for the refurbishment of a floating production unit to be operated by LLOG Exploration Offshore, a private exploration and production company in the U.S.

Keppel AmFELS’ scope of work on the production facility includes demolition, hull modifications, and upgrades to key systems. Expected to be completed in 2Q 2024, the Salamanca FPU will have a capacity of 60,000 barrels of oil per day and 40 million cubic feet of natural gas per day. It will be deployed in the deep waters of the Gulf of Mexico to service the Leon field and the Castile field.

As previously reported by Offshore Energy, LLOG has already secured a deep-draft semi-submersible production platform for the development of these deepwater fields.

Keppel noted that, as the Salamanca FPU is being upgraded and modified from a previously decommissioned production facility, the time, cost and materials to be used are greatly reduced compared with the construction of a new facility.

The shipbuilder pointed out that the project has a positive Environmental, Social and Governance (ESG) impact as it would reduce approximately 70 per cent in carbon emissions compared to a newbuild, and also circumvents the scrapping of an old unit.

The second contract is between Keppel Shipyard and MODEC to support the completion of a Floating Production Storage and Offloading vessel (FPSO) for Woodside’s Sangomar project in Senegal.

Keppel Shipyard’s scope of work is to complete the topsides integration work as well as support the pre-commissioning and commissioning activities for the FPSO. The vessel is expected to arrive at its Singapore yard in 4Q 2022.

When completed, the FPSO, which can process 100,000 barrels of oil per day and will be delivered to Woodside Energy (as the operator of the Sangomar Field Development Phase 1). The FPSO will be moored in waters approximately 780m deep and will be located approximately 100km south of Dakar, Senegal.

Woodside has recently said that the Sangomar FPSO is expected to be relocated in October 2022 from the current shipyard in China to the Keppel Shipyard in Singapore to complete commissioning. China’s Cosco started converting a very large crude carrier (VLCC) into an FPSO for the project last year.

Chris Ong, CEO of Keppel O&M, said, “We are pleased that customers around the world come to us for upgrade, modification and completion projects, which attests to our strong execution capabilities and versatility in undertaking a variety of projects as well as providing value-added services. Such projects also underscore our expertise in advancing the circular economy through repurposing or rejuvenating existing vessels and renewing their lifespans.” 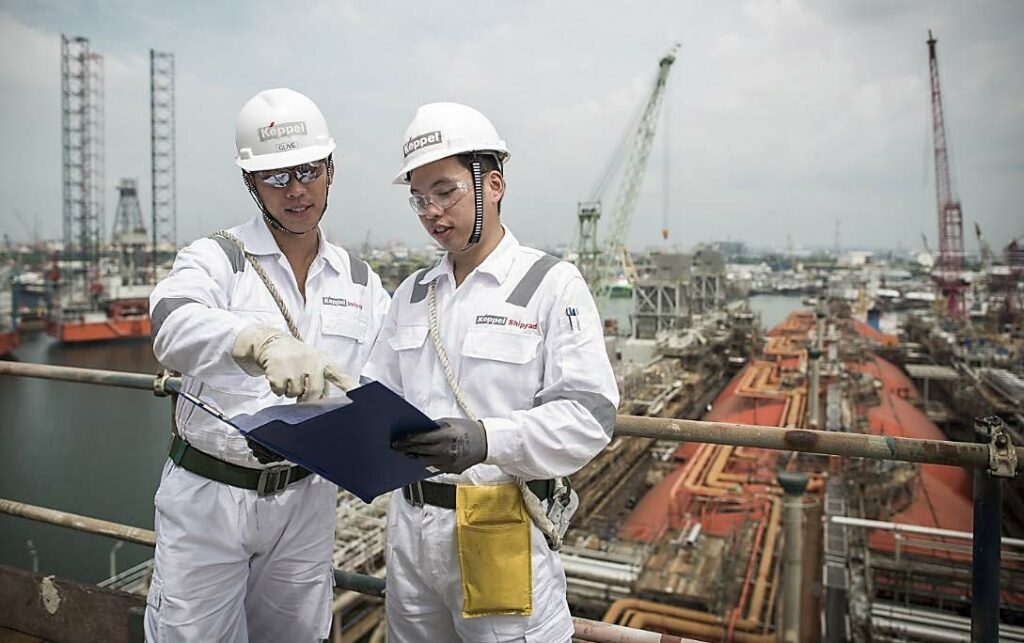