Kosmos Energy received governmental approval and completed the $916 million farm-out of assets in the Mauritania-Senegal basin to BP.

Under the transaction, BP has acquired 49.99 percent interest in Kosmos BP Senegal, a joint company holding 65 percent participating interest in the Cayar Offshore Profond and the Saint Louis Offshore Profond blocks offshore Senegal, that could underpin a development of a “world-class” LNG project.

According to the agreement announced in December last year, Kosmos will receive a $162 million upfront payment, $221 million carry on exploration and appraisal, including a drill stem test on Tortue expected to be completed in 2017 and $533 million maximum carry on development costs until first gas production on the Tortue project.

Kosmos said it expects a front-end engineering and design study to be completed in 2017 with the objective of reaching a final investment decision by 2018.

Kosmos will also receive a contingent bonus of up to $2 per barrel, for up to 1 billion barrels of liquids, structured as a production royalty, subject to a future liquids discovery and oil price.

Commenting on the agreement, BP chief executive officer Bob Dudley that the cooperation with Kosmos Energy and the Mauritanian and Senegalese governments enable the creation of a new LNG hub in Africa.

In order to reduce development time and drive capital efficiency, the partners plan to process and transport the gas from Tortue at a nearshore LNG facility. The proposed complex could be expanded in phases to accommodate future gas discoveries. 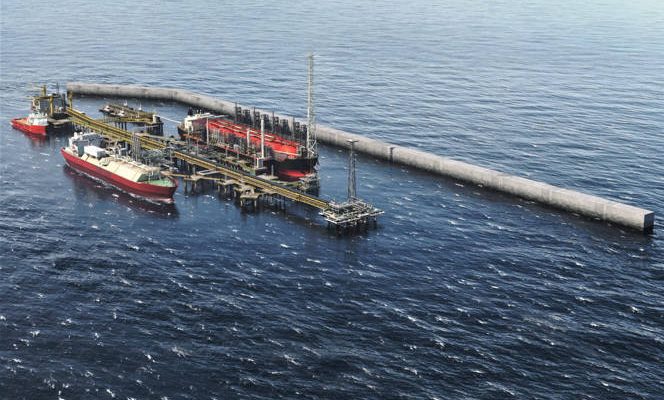