Norwegian engineering and construction services company Kvaerner has established two new focus areas to grow its operations within both oil and gas projects and in renewable industries.

With the new focus areas, the group is aiming for around 40 percent growth within a few years, compared to revenues in 2018, Kvaerner said on Monday.

“The company will continue to be a main contractor that creates jobs and valuable ripple effects. At the same time, Kvaerner will contribute to development of new global industries that can deliver sustainable solutions for the future,” the company said.

Going forward, Kvaerner will expand operations with the growth areas renewables and floating production units. The aim is to increase annual revenue from around NOK 7.3 billion in 2018 to NOK 10 billion within 2023.

According to Kvaerner, significant wind power projects are expected both on the Norwegian continental shelf and internationally. Kvaerner has already delivered over 50 units for offshore wind projects, and is currently involved in early phase work for several customers.

In the future, Kvaerner also sees opportunities for wind power in other regions especially offshore Europe and North America.

“The market for the development of offshore wind power is growing exponentially. If such developments are to be profitable for both energy companies and society, it is important that suppliers can contribute with safe and efficient execution. We bring valuable knowledge from the oil industry where the cost over time has been significantly reduced,” said Karl-Petter Løken, Kvaerner President & CEO.

“From now on, Kvaerner will, together with customers, subcontractors, and public knowledge institutions etc. aim to build a whole new industry with jobs, expertise and value creation,” added Løken.

Of the prospects for oil and gas projects that are relevant for Kvaerner, it is expected that the time between projects related to large offshore platforms with fixed substructures will increase. At the same time, Kvaerner sees an increasing number of opportunities both in Norway and abroad for small unmanned platforms with steel jackets, and is also expecting growth for floating production units with hull storage capacity, so-called FPSOs. Presently, the group is executing the delivery of an FPSO to the Norwegian Johan Castberg field.

Løken stated: “We have efficient facilities for building platforms, with new automated production equipment and world-leading expertise. We believe that we are able to offer one of the world’s best production lines for advanced FPSOs, focusing on secure execution within agreed quality, time and budget. We aim to win and execute a series of FPSO projects after Johan Castberg. A consistent activity like this resembles factory operations which will further improve both HSSE and productivity.”

In addition, Kvaerner said that its organization is adjusted for effective implementation of the new strategy. The number of members in the executive management team is reduced from nine to eight people.

All employees involved in the execution of projects are amalgamated in the EPCI (Engineering, Procurement, Construction, Installation) area. The two specialized areas at Verdal and Stord are also organized under this unit. The areas Staff, Process Solutions og Concrete & New Solutions are discontinued as associated departments are also organized under EPCI. The EPCI resources will going forward be leveraged across all projects.

The other organization units, Business Development, Finance and Legal & Corporate Support are continued with only minor changes. The organizational adjustments will not entail any staff reductions and will take effect from October 1.

“We rotate both managers and other key people between different roles. This contributes to our continuous sharing and further development of expertise. The foundation for our business is that we have employees who not only have experience and expertise, but also passion for how Kvaerner is going to create sustainable values ​​for our customers and the community around us,”concluded Løken. 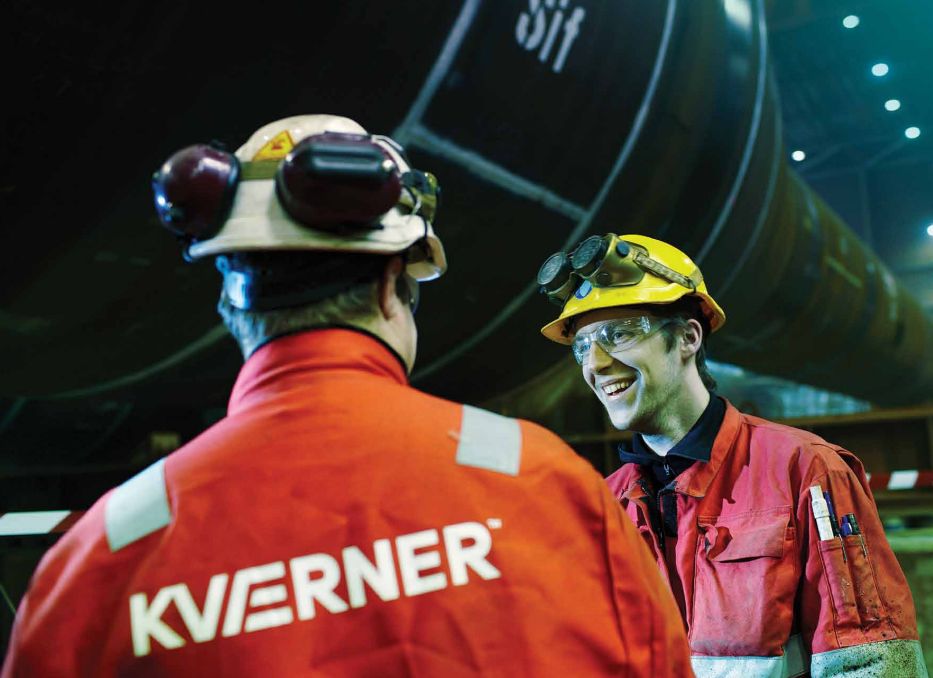