The marine renewable energy (MRE) community is stepping it up several notches thanks to recently launched open-source software called the Marine and Hydrokinetic Toolkit (MHKiT).

Offering previously unavailable tools for data processing and handling, the searchable online software discovery platform and knowledge base is currently available on Github, as well as the MHK Portal and Repository for Information on Marine Renewable Energy (PRIMRE).

Specifically, PRIMRE serves as a clearinghouse for information on engineering and technologies, resource characterization, device performance, and environmental effects of MRE projects.

The repository allows innovators to build on past successes to advance the adoption of future MRE technologies.

The project convened a workshop of MRE stakeholders in early 2017 to discuss the instrumentation and data processing needs of the industry. The workshop was complemented by a literature review to identify gaps in MRE measurement and testing technologies, and the MHKiT framework was a key output of this process.

Tools in the Box

Essential to the development of new technologies are the tools and software required to model and validate them. MHKiT is helping to fill this need in the MRE industry.

The PRIMRE Code Catalog is a searchable online software discovery platform and knowledge base. It allows users to perform targeted searches to identify software tools, codes, and other software products they can employ in MRE-related tasks. The code catalog also links to the MRE Code Hub.

A collection of MRE code repositories, the MRE Code Hub is designed to host open-source software tools developed by the national laboratories, as well as the broader MRE community.

It features U.S. Department of Energy-developed codes for data acquisition, data processing and visualization, simulation, and modeling, as well as resource analysis. And because it mirrors other Git-based software sites, the code hub serves as a one-stop shop for finding a wide range of open-source MRE software tools.

The third piece of the MHKiT software is the MHKiT Matlab/Python. NREL has led the development of MHKiT-Matlab, as well as the power quality and loads modules, which will be released later this fiscal year. NREL researchers collaborated with Sandia and PNNL to develop wave, tidal, and river modules, as well.

A set of toolboxes with functions to supplement existing software languages, as well as public repositories, MHKiT Matlab/Python fills an important gap, offering the data processing and visualization toolboxes that might otherwise be unavailable to the wider MRE community.

It Takes a Village…To Test a Toolkit

In January 2020, NREL launched the first version of MHKiT.

The software is collaborative, allowing for active community engagement and feedback to further shape its functionality. Automated software and standardized data streamline the entire process as well.

“MHKiT reduces project cost and timelines by providing the data processing tools developers and researchers would otherwise have to develop themselves,” Fao said.

And not only is MHKiT improving by the day, but you can help, too!

The MHKiT team is actively soliciting feedback, as well as contributors, from those in the broader MRE community. If you have code that may be relevant to the wider MRE community, please submit it for consideration, and your code could be included as part of this open-source tool.

Ultimately, improved data collection and processing can pave the way to the marine energy innovations of tomorrow.

MHKiT can also inform on performance, design optimization, and other key aspects of the technological development of marine energy devices.

The MHKiT team is continuing to fine-tune and improve this innovative software suite, “developing tools to standardize data formats and process data in near real-time, which will enable developers to easily set up a standardized data processing pipeline,” Fao said. 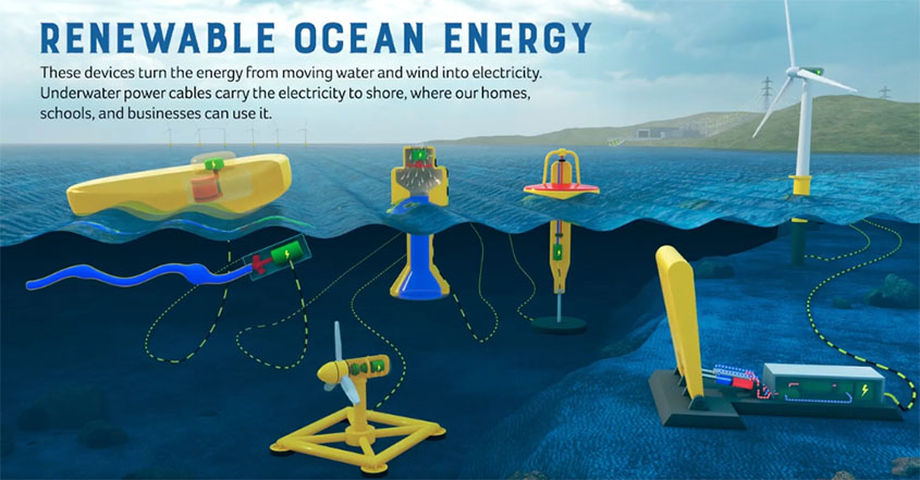