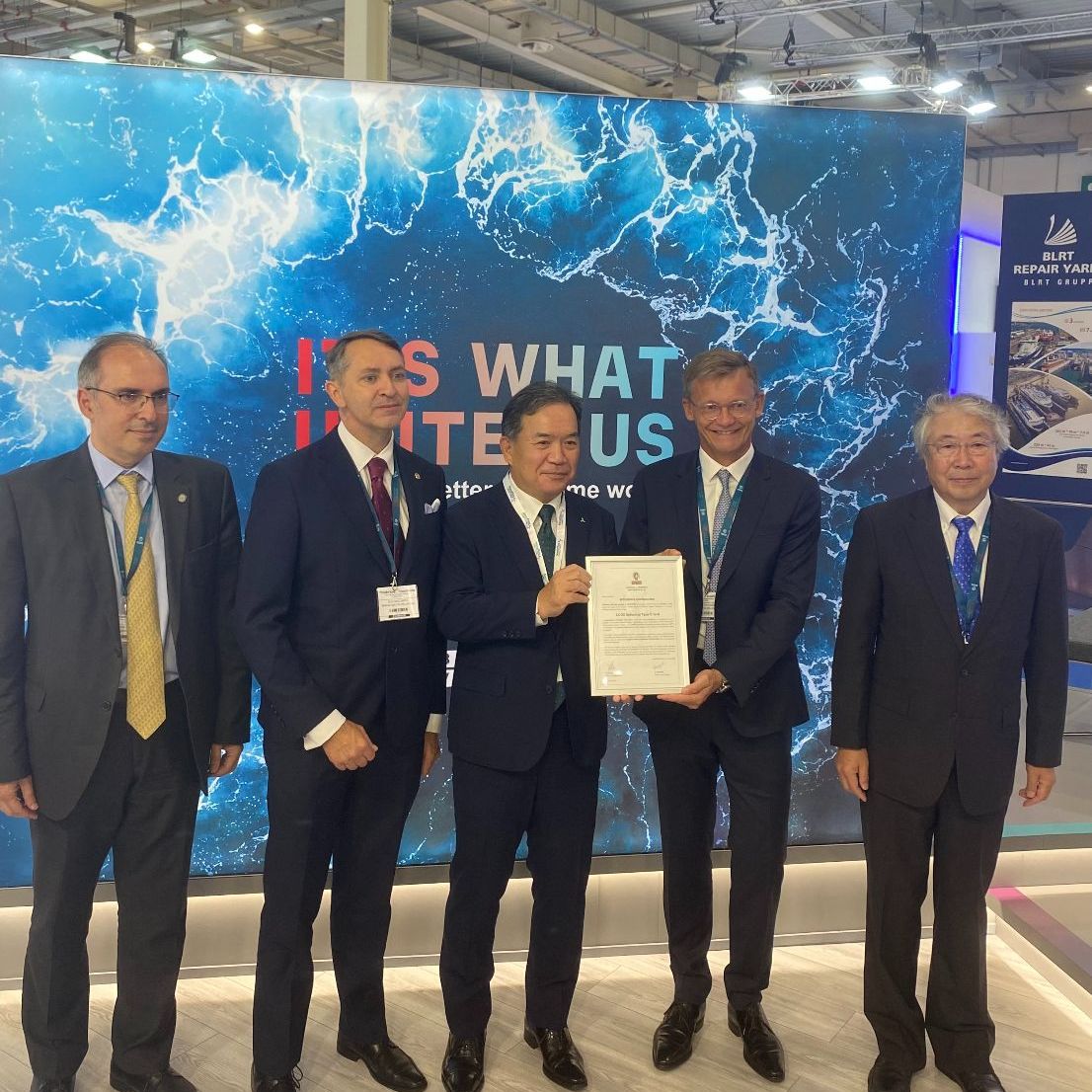 The ceremony took place at Posidonia 2022, the international shipping exhibition in Athens, on 7 June.

As part of the energy transition strategy being promoted by MHI Group, Mitsubishi Shipbuilding has established a growth strategy called “MARINE FUTURE STREAM vision for 2050”. The strategy focuses on two overarching targets: “decarbonization of the maritime economy” through use of renewable energies and carbon recycling, and “safe and secure future for society” through autonomous operation and electrification. The company seeks to achieve these dual goals through creation and implementation of marine-related innovations.

With acquisition of the new AIP for its spherical cargo tank system for LCO2 carriers, going forward, Mitsubishi Shipbuilding aims to more actively pursue the development of LCO2 carriers and related business as a marine system integrator.

At the same time, the company intends also dedicate its full resources to developing and providing technologies to respond flexibly to the diverse LCO2 carrier needs of the market to build a CCUS value chain – with the ultimate goal of achieving a CCUS value chain straddling land and sea, to realize a decarbonized society.